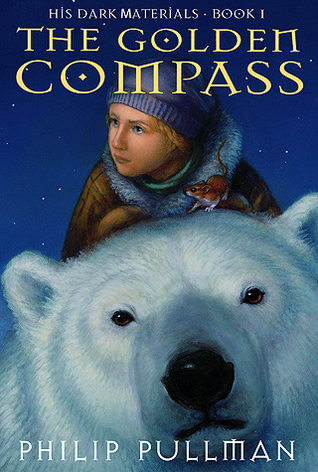 Lyra is rushing to the cold, far North, where witch clans and armored bears rule. North, where the Gobblers take the children they steal--including her friend Roger. North, where her fearsome uncle Asriel is trying to build a bridge to a parallel world.

Can one small girl make a difference in such great and terrible endeavors? This is Lyra: a savage, a schemer, a liar, and as fierce and true a champion as Roger or Asriel could want--but what Lyra doesn't know is that to help one of them will be to betray the other.

I had seen the movie already, so I almost didn’t pick this book up. And while reading, I kept thinking that I was wasting my time because it was basically exactly how I remembered the movie (I’ll get to that misconception in a minute!). I did enjoy it for the most part, though! The writing style was really juvenile – this feels a lot more like MG than YA – but the story itself is good. I confess that I did a lot of skimming because some parts were boring and I wasn’t a fan of Pullman’s prose. But I loved the world! Especially the daemons! Pan was fantastic and I adored him to pieces (much more than the main character, Lyra. Oops). I will say that if I hadn’t seen the movie (which I enjoyed), I probably wouldn’t have liked this book at all. The main reason I picked it up in the first place is because we never got a sequel to the movie and I want to know what happens!

After reading the book I re-watched the movie and I was very surprised at how different it actually was, especially the end! They totally changed the ending. Which is probably because the book ending is pretty dark for a kids’ story, lol. 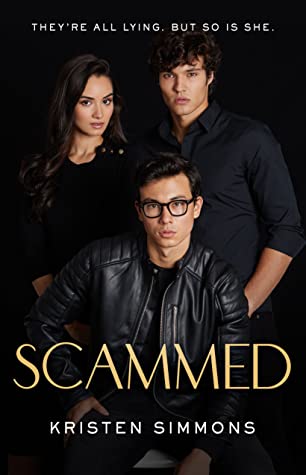 Brynn Hilder is living a life she never dreamed possible: She lives in a mansion, getting a top-rate education at Vale Hall. She has friends and an almost-boyfriend. Anything she wants, she can have.

The only catch? To stay in this life, she has to help the director of Vale Hall take down the bad guys of Sikawa City by collecting secrets and running cons.

Getting everything she wants and fighting evil doesn’t seem like such a bad deal. The thing is, she’s not so convinced anymore that Dr. Odin is really going after bad people after all. And the friends and almost-boyfriend that have made her life so different are all liars and con artists—so can she trust that any of it is real?

The stakes are higher. The cons are riskier. And nothing is what you think it is.

Kristen never disappoints! Just like The Deceivers, Scammed is an entertaining story. I love Vale Hall and the idea of a school for con artists! It’s so fun! The drama ramps up in this one, too. I loved the dynamic between the characters and the sense of found family. Oh and the title is fitting because WHO DO YOU TRUST?! I never knew who to believe or which story was the truth. It’s twisty, too – I had no idea what would happen next, and I appreciate Kristen’s ability to surprise me! This is also a quick read as it’s fast paced and keeps you wanting more. I don’t have a whole lot to say about this book other than I enjoyed it and can’t wait to see how the series ends in Payback! 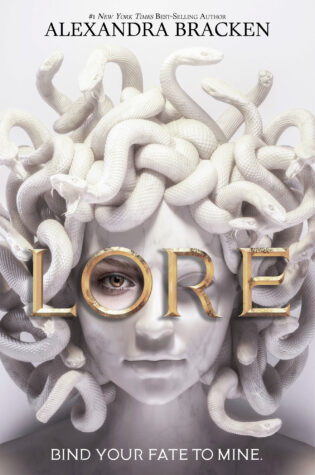 Every seven years, the Agon begins. As punishment for a past rebellion, nine Greek gods are forced to walk the earth as mortals, hunted by the descendants of ancient bloodlines, all eager to kill a god and seize their divine power and immortality.
Long ago, Lore Perseous fled that brutal world in the wake of her family's sadistic murder by a rival line, turning her back on the hunt's promises of eternal glory. For years she's pushed away any thought of revenge against the man--now a god--responsible for their deaths.

Yet as the next hunt dawns over New York City, two participants seek out her help: Castor, a childhood friend of Lore believed long dead, and a gravely wounded Athena, among the last of the original gods.

The goddess offers an alliance against their mutual enemy and, at last, a way for Lore to leave the Agon behind forever. But Lore's decision to bind her fate to Athena's and rejoin the hunt will come at a deadly cost--and still may not be enough to stop the rise of a new god with the power to bring humanity to its knees.

I think maybe I hyped this one up WAY too much in my head. Bracken has been hit or miss for me in the past, but the concept of this one sounded so incredible that I was DYING to get my hands on it. I ended up being a little disappointed, but I did still enjoy it.

The concept is BOMB AF! I loved the Greek mythology and the Agon – gods forced to walk as mortals, hunted, every seven years. So cool!! That was by far the driving point of this novel. I loved that part. But other than that, this book is somewhat lackluster. I didn’t really care about any of the characters, least of all the main character. The only character I was really interested in was Athena. View Spoiler »Castor “died” and I didn’t bat an eyelash. I didn’t believe it for a minute, and Bracken has a track record of killing characters that don’t stay dead *eye roll* « Hide Spoiler

I was also a bit confused, especially in the beginning. There’s a lot of name dropping, and the Houses were hard to keep straight, even though there’s an index of them in the beginning. That could have been explained a bit better, honestly. The romance didn’t do anything for me, either. Actually, if it weren’t for the incredible and unique concept, I’m not sure I’d have enjoyed this book much at all.