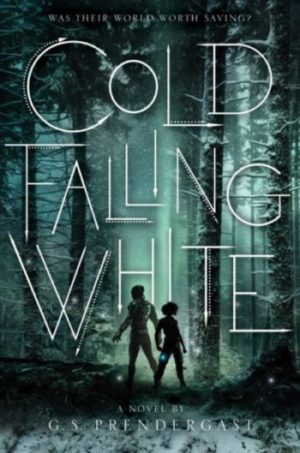 Humans. Clones. Aliens. No one is safe anymore. It’s the end of the world.

Xander Liu survived the alien invasion—just barely. For more than a year, he has outsmarted, hidden from, and otherwise avoided the ruthless intruders, the Nahx, dodging the deadly darts that have claimed so many. When the murder of his friend leaves him in the protective company of August, a rebellious Nahx soldier, Xander is finally able to make his way back to human controlled territory and relative safety. But safety among the humans is not what it seems.

When Raven awakes on a wide expanse of snowy sand dunes, she has many questions. What has happened to her and the other reanimated humans gathered around her? What is the meaning of the Nahx ships that hover ominously above them? And most pressing of all, where is August, who promised to keep her safe?

In the shadow of an unforgiving Canadian winter, Xander and Raven find themselves on opposite sides of an alien war. Left with little choice about their roles in the looming battle, they search for answers and allies all while being drawn back to the place where their respective fates were determined, and to the one who determined them: August.

Oh my gosh, why did I put off reading this book for so long?! To be honest I was kind of worried that it would have Second Book Syndrome and would disappoint me after I loved Zero Repeat Forever so freaking much.

I needn’t have worried, because it was pretty much just as amazing as the first book!

The first book starts off kind of slow in the beginning. This book is almost non-stop action from start to finish! I was never bored because there was always something grabbing my attention. Even Xander’s chapters, which I wasn’t the biggest fan of, went smoothly.

Xander did grow on me a bit as compared to the last book – where I really didn’t care about him at all (I had tunnel vision with Raven and August, sorry) – but I still can’t say I love him. View Spoiler »I also felt like his romance with Topher came out of left field. If he hadn’t already been established as gay in the first book, I would have been suspicious of it being added solely for the benefit of making the book more diverse. But even still, I had JUST re-read ZRF on audio, and there was literally nothing indicating a relationship between them, so I found it a bit jarring. I wish we’d had little snippets in the first book hinting at something – it actually would have made the weird relationship between Topher and Raven make way more sense! « Hide Spoiler

Raven was even more awesome in this one! After being darted she is new and improved and she’s BAD. ASS! I’m sad that there wasn’t more August interaction in the book, though. They were by far my favorite part of ZRF and I desperately wanted more of them together. View Spoiler »It seemed odd to me that August just left Raven, like wtf?? That seemed really out of character for him. If he thought she was dead, I could see him shutting himself in the dark to die, but he just disappeared knowing she would wake up? From the same dude that got himself captured and tortured just to come back to her? « Hide Spoiler

Because of that, August doesn’t show up until at least halfway in. And even then, the relationship between he and Raven was odd and distant. I definitely would have liked to see more of him, and them together! I’m glad they ended up getting past that, though! The re-introduction of Tucker made things really weird, even though Raven clearly had feelings only for August at that point. I honestly hated Tucker, he was HORRIBLE. View Spoiler »I’m glad he died for real this time *shrugs unapologetically* « Hide Spoiler

You are broken. I am broken. Together we are unbroken.

I freaking LOVE August and Raven together! They’re so messed up, but like I said in my review of ZRF, their relationship is unspeakably beautiful. And ugh, they give me all the feels! It’s such a swoonworthy romance. When they finally…you know *eyebrow waggles* I was about to melt! Usually romantic scenes don’t do anything for me, but this one definitely pulled me in and made me feel what they felt. It’s so beautiful! View Spoiler »I was SO upset when Raven left him behind to fight! I know she said that he can’t handle the low elevation, but there were other Nahx there so wtf?? I AM NOT OKAY WITH THEM NOT BEING TOGETHER. « Hide Spoiler

I absolutely LOVED learning more about the Nahx! I wanted more of the world and their story SO BAD! I was super intrigued by their system – it’s SO unique – and the Nahx vs. the Snowflakes (darted humans). I have to admit I was a bit confused, though, to be honest. View Spoiler »The Nahx aren’t actually the aliens, because they’re cloned humans…so the Fireflies are the actual aliens that made them? But they’ve been on Earth since the meteor strike?? I was a little fuzzy on the details and I neeeeed more! I hope there’s a third book so I can learn more! I thought the idea of the cloned humans being literally split in half twelve times – hence the ranking order – was disturbing and freaking awesome! « Hide Spoiler

But color me concerned because this book basically ended in a cliffhanger (thankfully not as bad as the first book) and THERE IS NO THIRD BOOK EVEN LISTED?! Gabrielle even answered a question on Goodreads saying that it was more than likely a duology like WHAT?! I NEED MORE.

*quotes are from the unfinished ARC

Did I ever really tell him how I felt? I screamed at him and spit on him, smashed a glass vase over his head and held a knife to his throat. Despite that, could he see what he meant to me? How his patience restored me? How his unfaltering forgiveness rebuilt me? How lost I was without him all those months? How lost I am now?
FEELS FEELS FEELS