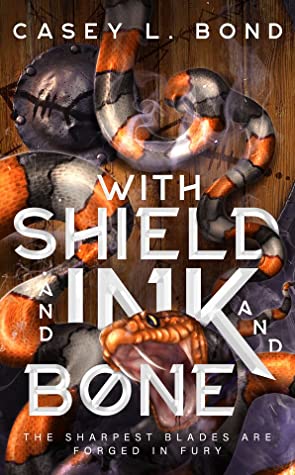 Days before she is to take her place as a shield maiden, like her mother before her, two deaths alter the course of Liv’s future. One belonged to a witch who called her by name, the other a chieftain from the north. Vengeance for the chieftain’s death comes in a wild fury that burns her village and slaughters her family. Left for dead, Liv pleads to Skuld – norn and weaver of the future – to spare her. A deal is struck that will endow her with the dark magic needed to claim her vengeance. But this power comes at an unfathomable price…

Ink made from the ashes of loved ones.

After his home is attacked, Calder races to warn neighboring villages of the threat. Little does he know he’s traveling into the path of fate that will lead him straight to Liv. Despite being broken, angry, and overwhelmed by power she cannot contain, it’s her willingness to defend others that draws Calder to her.

Armor forged from the bones of those she held dear.

Together, Liv and Calder discover they are two sides of the same sharpened blade. Rising from the heartache and fury in their pasts, they see a future together worth fighting for. With their strengths and hearts combined, can they become a force powerful enough to defeat the fleet of darkness coming for them? Or will the thread of fate that binds them unravel?

I enjoyed this one while I was reading, but even a week after finishing I had already forgotten most of the details. I liked the viking aspect, the gods, and the setting; and the pacing was quick, which made for an easy read. I also found the prose to be enjoyable and engaging. But sadly the characters didn’t do much for me. I didn’t connect to any of them, and the romance moved a bit too quickly for me. I’m VERY picky with romances that center around fate or soulmates, because while I like it, it has to be done just right for it to not feel fake and insta-lovey. It also doesn’t stand out amongst the other viking novels – i.e. Sky in the Deep, Beyond a Darkened Shore, Beasts of the Frozen Sun – and feels very similar to those mentioned. I do think many will enjoy this book, though! 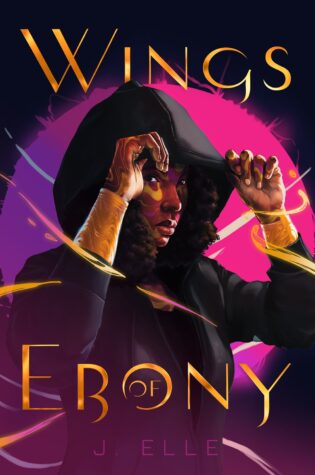 “Make a way out of no way” is just the way of life for Rue. But when her mother is shot dead on her doorstep, life for her and her younger sister changes forever. Rue's taken from her neighborhood by the father she never knew, forced to leave her little sister behind, and whisked away to Ghizon—a hidden island of magic wielders.

Rue is the only half-god, half-human there, where leaders protect their magical powers at all costs and thrive on human suffering. Miserable and desperate to see her sister on the anniversary of their mother’s death, Rue breaks Ghizon’s sacred Do Not Leave Law and returns to Houston, only to discover that Black kids are being forced into crime and violence. And her sister, Tasha, is in danger of falling sway to the very forces that claimed their mother’s life.

Worse still, evidence mounts that the evil plaguing East Row is the same one that lurks in Ghizon—an evil that will stop at nothing until it has stolen everything from her and everyone she loves. Rue must embrace her true identity and wield the full magnitude of her ancestors’ power to save her neighborhood before the gods burn it to the ground.

I’m pretty sure I’m the black sheep on this one. I wanted SO BADLY to love this one, but sadly I just didn’t. There was something about either the main character’s voice or the writing style (I’m honestly not sure which one) that just grated on my nerves, and I can’t put my finger on it. I also didn’t care much for the constant usage of expletives – I mean, I curse like a sailor, but this book is labeled as YA. I don’t mind occasional cussing in YA one bit – I was a potty mouth long before I was 18, lmao. BUT in this book it was overused and felt unnecessary, and started to get extremely annoying within the span of several chapters. I was over it by the end of the book.

The world was cool, though! I had a bit of trouble grasping the magic system and how it worked, and the world building was kinda spotty, but I appreciated it nonetheless. The story was unique, too, which was a bonus. I also appreciate how this book tackles racism – which was definitely the driving point of the book, despite the fact that it’s an Urban Fantasy. The magic felt more like an addition to the story than a main point.

I put this book down at one point and almost didn’t pick it back up. I was fairly interested in the beginning, but after I took a break and came back, I’d lost almost all interest. I had to force myself through the rest and felt pretty apathetic by the time I finished. The big “twist” was extremely predictable and the ending left me feeling underwhelmed.