« Review: Bloodlust by Michelle Rowen
Review: As I Wake by Elizabeth Scott »
Posted by Jessi (Geo) on October 28, 2011 | 0 Comments 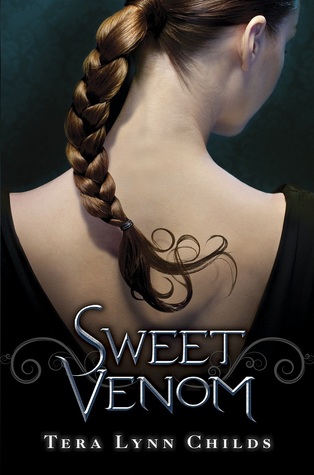 Grace just moved to San Francisco and is excited to start over at a new school. The change is full of fresh possibilities, but it’s also a tiny bit scary. It gets scarier when a minotaur walks in the door. And even more shocking when a girl who looks just like her shows up to fight the monster.

Gretchen is tired of monsters pulling her out into the wee hours, especially on a school night, but what can she do? Sending the minotaur back to his bleak home is just another notch on her combat belt. She never expected to run into this girl who could be her double, though.

Greer has her life pretty well put together, thank you very much. But that all tilts sideways when two girls who look eerily like her appear on her doorstep and claim they're triplets, supernatural descendants of some hideous creature from Greek myth, destined to spend their lives hunting monsters.

These three teenage descendants of Medusa, the once-beautiful gorgon maligned by myth, must reunite and embrace their fates in this unique paranormal world where monsters lurk in plain sight.

After reading Bloodlust, this book seemed rather mundane. I wasn’t wowed by Childs’ prose, but I do admit there weren’t really many spots in this book that I got bored. This book was simple and mindless with not much thought required…but sometimes it’s nice for a quick and easy read. I really like the thought behind the story in this one…triplets separated at birth (with mythological powers) stumble upon each other unexpectedly…kind of like Parent Trap with a twist.

I did like how Childs switched views between the girls, giving you optimum understanding of their thoughts and feelings as things unfolded. I actually wish that the description of the book was different, because when Grace figures out they’re triplets I’d have been in for a whopper of a surprise. But alas, everything was expected. Sigh. There was one thing that I didn’t see coming…a secret involving Ursula (side note, Ursula…really?) that I won’t spoil for you. But then right after that when the girls are looking for Ursula’s sister’s identity, it was like, HELLO! How can you not see what’s right in front of your face? Grace was the one to find her, and even then she didn’t figure it out for herself. Duh.
Gretchen. You meet her first, and that was a great opener for the book. Gretchen is a ballsy and kick-ass tomboy who doesn’t give a rat’s ass about what anyone thinks of her. She reminds me so much of Dani from the Fever series and I took a liking to her instantly.
Grace. Man, oh man. Meeting Grace as she’s adjusting to life in a new place – snoresville – right after the awesome entrance of Gretchen kind of ruined her character for me right away (I skimmed through those 20 pages). She’s spineless and meek. In most of the first half I just find her really annoying. She’s a geeky girl-next-door that worries too much about other people’s opinions. Enter Milo – tall, dark, and curly-haired handsome soccer player. Okay, so I understand why she was smitten. But she refers to him as her “dream guy” after just meeting him. Slow down there, killer! She is afraid to look stupid in front of him so she lies to make herself sound like someone he would like. UGH.
Despite all this Grace bashing, I must admit that she earns my grudging respect. She stays optimistic (sometimes disgustingly so) throughout all the bad stuff, and acts as the glue that holds the sisters together.
Greer. Rich, snobby, arrogant. Although I hate the kind of person that she represents, I do admit that she held it together pretty well – seeing as two girls who look exactly like her showed up on her doorstep saying that they were descendants of Medusa and had to fight mythical monsters, she did a great job of not freaking out  (too much). While she seemed like a stuck-up prude at first, she slowly warmed up to Gretchen and Grace and made me warm up to her in turn.
There is one point where they walk away from each other and say they’re not coming back, and then the very next chapter…they come right back. While it was predictable and inevitable, it happened much too fast and just seemed rushed to me. But all’s well that ends well, as the girls realize that the three of them united are stronger than each of them are alone and divided.

Plot: 4/5
I did really like the mythology and the fact that they were descended from Medusa.
Writing Style: 3/5
A little juvenile.

Could have used a little more description, but they seemed pretty real.