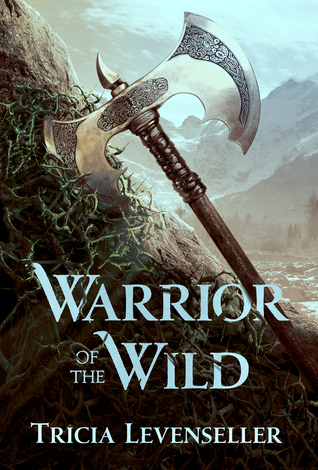 How do you kill a god?

As her father's chosen heir, eighteen-year-old Rasmira has trained her whole life to become a warrior and lead her village.

But when her coming-of-age trial is sabotaged and she fails the test, her father banishes her to the monster-filled wilderness with an impossible quest: to win back her honour, she must kill the oppressive god who claims tribute from the villages each year or die trying.

Despite feeling rather apathetic about Daughter of the Pirate King, I had high hopes for this one. Vikings!! Norse mythology!!! But sadly, it didn’t work for me much at all. Just like DotPK, I found the writing style to be very juvenile, and it just grated on my nerves. Plot-wise it feels generic and shallow, just like DotPK. I think maybe Tricia Levenseller is just not for me. :(

I loved the concept and the world, didn’t give a crap about the characters. Some of it was a bit too outlandish for me, pushing the boundaries of even fantasy. If you can suspend relief and take it for what it is – pure fantasy – it’s fine, but I personally like my fantasy to be a bit more believable. (I had the same issue with Daughter of the Pirate King, I found it to be a bit too ridiculous.) That’s what entices me so much about the genre, is when it seems plausible even though it’s still fantasy. I couldn’t really picture the gunda, it seemed totally ridiculous in my mind.

Just like with Alosa, Rasmira was portrayed as “badass” until it pushed the boundaries of believability, making her nearly invincible and totally unrelatable. And she was just oh so modest about her abilities. She knew she was like, so awesome, but hated being in the spotlight and “showing off.” Eye roll.

Also, the romance. Gag me with a freaking spoon!!! It got WAY too lovey-dovey for me, to the point that I had to skim because it was making me cringe hardcore. It was cheesy and felt much younger than the age the MCs were supposed to be. (Well, pretty much all the dialogue did to be honest.) I’m also not a romance fan unless it’s done a certain way, and this one just did. not. work.

Honestly, I think most people will love this book. Especially fans of DotPK. It’s a fast paced and quick read, and I think a lot will have fun with the story. I just prefer to have a little more depth and credibility to my fantasy.

2 responses to “ARC Review: Warrior of the Wild by Tricia Levenseller”