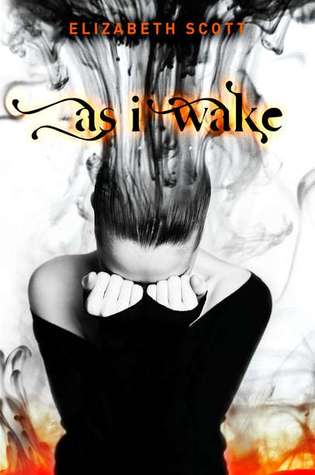 Ava is welcomed home from the hospital by a doting mother, lively friends, and a crush finally beginning to show interest. There's only one problem: Ava can't remember any of them - and can't shake the eerie feeling that she's not who they say she is.

Ava struggles to break through her amnesiac haze as she goes through the motions of high-school life, but the memories that surface take place in a very different world, where Ava and familiar-faced friends are under constant scrutiny and no one can be trusted. Ava doesn't know what to make of these visions, or of the boy who is at the center of them all, until he reappears in her life and offers answers . . . but only in exchange for her trust.

The one star? Yeah, that was for the cover. Thank God this book was less than 300 pages. It was awful and the only reason I read it so fast was to force my way through it and make it to something more interesting. I’m actually quite proud of myself for making it through at all.
Starting out, your first thought is…WTF? Ava doesn’t have a clue what’s happening, and since the story is in first person POV, neither do you. She has random flashbacks of a dystopian alternate universe where you only get a vague glimpse of what once was (dream, memory… what?).  The story is intriguing at first, but after the first page, the broken, sporadic writing starts to get annoying and hard to follow. And repetitive. Here’s an example:

I turn away and start to run.
I run, and no one comes after me.
I run, and I am alone.
I am in a place where I never asked to be. I am an Ava I’m not.
I run, and there is nowhere for me to go. There are no exits.
There is no out.
I am here, and Morgan–
I run, and don’t let myself finish the thought.
I can’t.
I run, and everything I know is nothing again.

Alright we get it, you’re running. See what I mean? Exhausting.
There is even more unnecessary repetition, such as 1) everyone she sees, she says that she sees “a different (name). A (name) that I know” or “I remember (name). But not this (name).” And I mean it’s every freaking person she meets. 2) She doesn’t belong and that’s she’s not supposed to be there. Don’t worry, if you forget, she’ll remind you. Every chapter. Sometimes twice a chapter.
There isn’t a lot of character depth. You can’t really get a feel for any of the people’s looks or personality because she doesn’t do a great job of describing them. Most of the characters were a blurry unidentifiable blob in my head because she didn’t give me a handle on their identity. Ethan has dark curly hair. And? And nothing. I think later on she mentions blue eyes. Tall? Short? Skinny? Not? Who knows. Your guess is as good as mine. Greer – tall with straight hair. Oliva – curls and a heart shaped face. May as well make them up in your head, cuz that’s all you’re gonna get.
The only character she really goes into depth with is Sophy (this spelling makes my eye twitch). But again, it’s not much. She’s short and wears attention-drawing clothing. That could mean anything. Chains and studs? Or bright ass colors? Hmm. One thing you get about Sophy is she’s on some kind of power trip. She’s evil and wants power. Which is another thing you won’t forget, because once again – she reminds you every time Sophy shows up. Power this, power that. Power, power, power. Oh, and did I mention Ava doesn’t belong here?
There’s one point where Ava is watching/listening to Morgan (this is her job in the alternate dystopian world) and she says something about his breathing and how she knows he’s masturbating. So she then proceeds to touch herself. Like, W..T…F?! Random and unexpected raunchy scene in a YA fiction? Okaaaaay. It had nothing to do with anything and didn’t contribute to the plot in any way whatsoever.
Another really irritating thing – like, really…my eye literally twitched a couple times – was the dialogue. Aside from putting two different people speaking in a paragraph (which, if you’re skimming, gets really confusing) the characters would frequently stop mid-sentence and start to say something else without ever finishing the original train of thought. When I say frequently, I mean at least twice on every page. It was a constant guessing game trying to figure out what they were going to say. And that Sophy girl, she really wanted power. Okay, we get it!
The only thing I even remotely liked about this story was the idea that love transcends time and space. Even after having her memory taken away in a new world, Ava eventually remembers Morgan and what he meant to her.
In the beginning, every time Ava tries to remember something she gets a headache. By the end of the book, I was definitely sympathizing with her. This book gave me a headache. Maybe if I sit and stare at the pretty cover it will go away.

Plot: 4/5
I love the idea of other selves in alternate universes. It just wasn’t carried out very well.
Writing Style: 0/5

I hated it. It was monotonous and irritating.
Characters: 1/5

Like I said, no character depth and little to no description.
Pace: 1/5
This book moved extremely slow. I was bored 99% of the time.
Cover: 5/5
The cover is extremely appealing to me. Too bad the book was terrible.

One response to “Review: As I Wake by Elizabeth Scott”