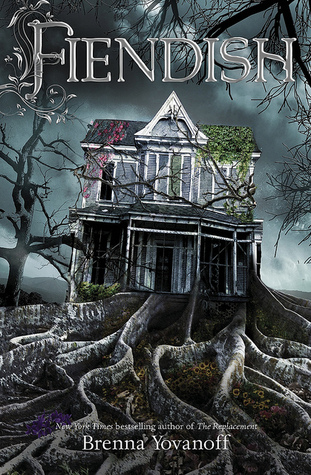 Now she’s out and determined to uncover who put her in that cellar and why.  When Clementine was a child, dangerous and inexplicable things started happening in New South Bend. The townsfolk blamed the fiendish people out in the Willows and burned their homes to the ground. But magic kept Clementine alive, walled up in the cellar for ten years, until a boy named Fisher sets her free. Back in the world, Clementine sets out to discover what happened all those years ago. But the truth gets muddled in her dangerous attraction to Fisher, the politics of New South Bend, and the Hollow, a fickle and terrifying place that seems increasingly temperamental ever since Clementine reemerged

That’s the best word I can describe this book with, and it’s mostly all I have to say about it. But I can’t write a one word review, can I?

First of all, this book was weird. And confusing. There were a lot of WTF moments, and sometimes it didn’t make any sense at all. There were a lot of terms that weren’t explained, either: downhollow, fiend (which I eventually figured out was basically a demon), crooked (I finally gathered it meant a person who had craft). Then there were the humors. I’m still not quite sure how many there are, because it was never actually explained. The little bits and pieces I got were: Dirt, which is real and raw; light, which is rare; breath, which is the weakest and most wanting; and creek. That’s it. And it was completely spread out and mentioned only in passing. Therefore I never completely grasped it. Based on this sentence – There were five points on the star, and that meant there was still the power of creek – there’s 5 humors, I guess? I have NO idea what the fifth is. If it was mentioned, I missed it somehow. A short explanation in the beginning would have really helped readers to understand the world.

Second of all, the pacing was very slow. There wasn’t really anything happening throughout the majority of the book. I think the only thing that kept me going was the hoping that something would happen. Something did happen, at the very end, but it was just so…dull and anticlimactic that it wasn’t even worth it. If someone asked me what the book was about, I’m not even sure I’d be able to answer. “Um…there was…craft…and something about 5…and then there was a creek and a forest and this creepy girl….”

Yep. That good. It would have been a great concept if the execution had been better. The only thing I really liked about this was that it had that creepy backwoods gothic feel to it. The imagery was awesome, actually! I just couldn’t connect to the story or the characters. The characters all felt flat, Clementine and Fisher had little to no personality to speak of (in fact, I had to go back and look up their names because I’d already forgotten), and I just didn’t give a crap about them or anything that was happening. It wasn’t memorable, either. And for some reason, it kind of felt like Beautiful Creatures. I’m not really sure why, because the only thing they have in common is witchcraft – perhaps the setting?

All in all, I feel like I wasted time reading this book. Would I recommend it to anyone? Probably not…