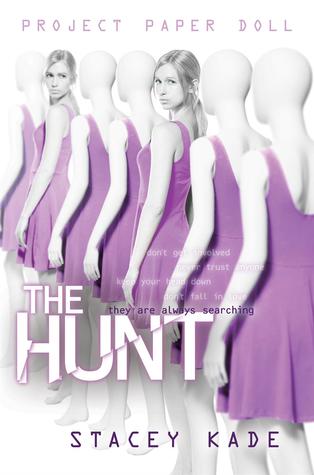 Ariane Tucker has finally escaped GTX, the research facility that created her. While on the run, Zane Bradshaw is the only person she can trust. He knows who-and what-she is and still wants to be part of her life.

But accepting Zane's help means putting him in danger.

Dr. Jacobs, head of GTX, is not the only one hunting for Ariane. Two rival corporations have their sights set on taking down their competition. Permanently. To protect Zane and herself, Ariane needs allies. She needs the other hybrids. The hybrids who are way more alien and a lot less human. Can Ariane win them over before they turn on her? Or will she be forced to choose sides, to decide who lives and who dies?

I loved The Rules. LOVED it (I rated it 5 heartbeats!). Sadly, though, the sequel lacked the magic of the first book. I still enjoyed it for the most part, but it didn’t wow me like the first book did.

I felt like little to nothing actually happened in the first 3/4 of this book, and the pacing dragged in the middle. It was mostly Zane and Ariane bickering and disagreeing and keeping things from each other. I understand that conflict is necessary, but their arguments were ridiculous and annoyed the crap out of me. The decisions that they both made (without each other) were idiotic and terrible, and if they’d just trusted one another – like two people “in love” SHOULD – then so many unsavory things could have been avoided. If they had both quit whining about how different they were – they “loved” each other, right? So why should that matter? – then they could have talked about their plans instead of leaving each other out.  There were so many things that they kept from one other, it was damned frustrating. Love is about honesty, for crying out loud! View Spoiler »That being said, I can’t believe Zane called Jacobs…what a betrayal! But, at the same time, if Ariane had just included Zane in her plan, he wouldn’t have felt backed into a corner, wouldn’t have called Jacobs in the first place, and all that awful crap at the end wouldn’t have happened! ARGH! « Hide Spoiler

Ariane was the one that pissed me off more in that situation, though. She was so focused on being practical, and not getting involved with anyone, it was annoying! She kept harping on the fact that she was putting Zane in danger, that she shouldn’t have gotten involved with him, that they were better off separated, blah blah blah. Shut the hell up! If you’re not going to do anything about it, stop complaining! UGH. Then after she hurts him:

He’d risked so much for me, and I’d crushed him like he didn’t matter. I shook my head. No. Thinking like this wasn’t productive.

It’s not productive to have remorse for stabbing someone in the heart? To think about someone else’s feelings (someone you claim to love, for chrissakes)? Really, bitch?

I do have to say that I enjoyed meeting the other hybrids – Ford, Nixon, and Carter (ridiculous naming, though). I thought the way they worked was awesome!

I’m not gonna lie, I didn’t feel much at all while reading this (besides irritation). Especially at the end. There was a major part toward the end that should have ilicited some kind of emotion – if not tears – from me. But, there was nothing. I felt nothing. View Spoiler »I guess because I knew that Zane wouldn’t die, perhaps? It just didn’t seem all that dire – despite him bleeding out on the freaking pavement – so that scene lacked the desperation and sadness that it should have had. « Hide Spoiler I should have been horrified!

And THE ENDING WTF. Talk about a cliffhanger! I’m kind of on the fence with my feelings about it. On one hand, I like that, because it had the shock factor and it made the rest of the story worth it; and now I want the next book to find out what happens. On the other hand, it pissed me off! You’re really going to end the book like that? Really?!

View Spoiler »Prediction: Emerson St. John injects Zane with alien DNA to keep him alive. Zane becomes a hybrid. (Hopefully then he can stop being such a wounded puppy about his being a lesser, weaker being than Ariane?) What do you think? « Hide Spoiler

3 responses to “Review: The Hunt by Stacey Kade”