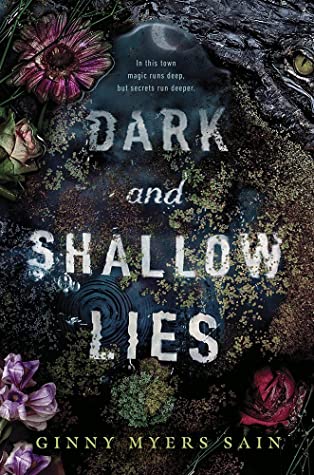 La Cachette, Louisiana, is the worst place to be if you have something to hide.

This tiny town, where seventeen-year-old Grey spends her summers, is the self-proclaimed Psychic Capital of the World--and the place where Elora Pellerin, Grey's best friend, disappeared six months earlier.

Grey can't believe that Elora vanished into thin air any more than she can believe that nobody in a town full of psychics knows what happened. But as she digs into the night that Elora went missing, she begins to realize that everybody in town is hiding something--her grandmother Honey; her childhood crush Hart; and even her late mother, whose secrets continue to call to Grey from beyond the grave.

When a mysterious stranger emerges from the bayou--a stormy-eyed boy with links to Elora and the town's bloody history--Grey realizes that La Cachette's past is far more present and dangerous than she'd ever understood. Suddenly, she doesn't know who she can trust. In a town where secrets lurk just below the surface, and where a murderer is on the loose, nobody can be presumed innocent--and La Cachette's dark and shallow lies may just rip the town apart.

If she were really dead, surely I would be, too. How do you go on living with only half a heart?

This was such an atmospheric read!! The characters didn’t really stand out to me, but the world sure did! I loved the bayou/deep south setting and the strange and unusual feel this book had going for it! It reminded me a lot of The Wicked Deep. All of the gifts that the characters had were awesome, too. Each person had a unique gift, and that was super cool!

I do love that it wasn’t predictable! There’s so much going on – so many little secrets and twists and little character connections hiding out – that you just can’t pinpoint what actually happened to Elora, or which direction the story would go. I had NO idea what was going to happen next! I loved the mystery aspect of it. Wanting to know what happened kept me intrigued and helped hold my interest even when there wasn’t much happening in the story.

Another thing I really liked was that this book felt completely plausible. La Cachette felt like a real place and it felt like the events in the book could have actually happened. This would make a fantastic movie!

So, now on to what I didn’t like. I’m going to be honest, I hated Zale and the weird/creepy/instalovey romance thing that he and Grey had going on. Nope. Hart was awful, too. Actually, all of the males in this book were terrible and borderline (or more than borderline) abusive. Other than that, the main issue I had was that I didn’t connect to any of the characters. THINGS were happening and even though I was invested because I wanted to know what happened, I never really cared one way or another about what happened to the characters…and I also didn’t care if Elora was dead or not, sorry.

I don’t know how I felt about the big reveal… View Spoiler »that Evie was the one who killed Elora. She didn’t seem to have it in her, and it was much more believable that one of the creepy and abusive boys in this story would have done it, but okay *shrugs* I did like that Grey was seeing herself the whole time and not Elora, that was pretty cool! « Hide Spoiler 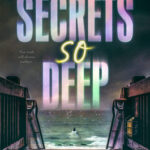