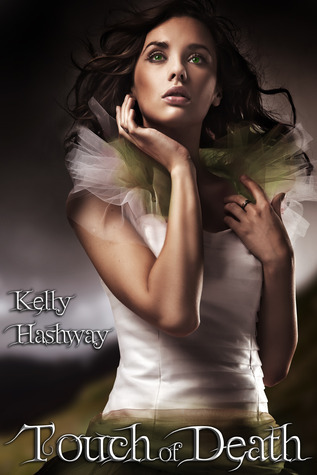 Jodi Marshall isn’t sure how she went from normal teenager to walking disaster. One minute she’s in her junior year of high school, spending time with her amazing boyfriend and her best friend. The next she’s being stalked by some guy no one seems to know.

Jodi’s deadly to the living and even more deadly to the deceased. She has to leave her old, normal life behind before she hurts the people she loves. As if that isn’t difficult enough, Jodi discovers she’s the chosen one who has to save the rest of her kind from perishing at the hands of Hades. If she can’t figure out how to control her power, history will repeat itself, and her race will become extinct.

I love mythology! That was what drew my interest to this one. I think my expectations were a little too high, though. It was a pleasure to work with Kelly on her blog tour, so it makes me sad to say I was disappointed with Touch of Death. It’s so, so hard to write a not-so-great review for an author you like, and pretty much everyone else loved it…maybe it’s just me :(  Don’t get me wrong, I still enjoyed it for the most part. But there were a lot of things that rubbed me the wrong way.

The beginning was a little rocky for me. The premise was intriguing, but things seemed waaaay too convenient. Jodi just ‘happens’ to continuously cut herself, or prick her fingers, and her blood just so ‘happens’ to fall on some unfortunate creature. Once, great. Twice, okay. But five times? That was a bit too far-fetched for me. After the second time, I just wanted to bash my head into a wall. Plus the disgustingly slow uptake on Jodi’s part. She even makes note of which hand the blood is coming from (it points out several times which hand is dominant), yet after two people and three animals, she STILL doesn’t figure things out.

Jodi just annoyed me in general. She couldn’t even dress herself – she needed to call her best friend to ask what to wear. And she was seriously stressing out over not being kissed. The fact that this was made into such a big deal grated on my nerves. “Believe me, Jodi, a guy doesn’t wait around for a girl who hasn’t even kissed him unless he’s in love with her.”  Wtf?
And when she stopped at a stop light – and stayed stopped even when the light turned GREEN (cuz kids, green does in fact mean go, as we learned in basic driver’s ed) – and played Chinese fire drill in the middle of the intersection, causing other drivers to start honking and yelling obscenities, Jodi smiled and waved because ‘mom always said nothing annoys a jerk more than you being nice to him.’ How, by all things that are holy, does honking at a car stopped in the middle of the road make you a jerk?! This really pissed me off for some ridiculous reason.

Not mention the fact that (SPOILER – highlight to read) her boyfriend DIED and within a matter of days she is making googly eyes at her personal stalker (her own words, not mine!). What? Yep. The guy follows her around like a lost puppy, stands outside of her bedroom window watching her, sneaks into her room when she’s not around and leaves dead rats in her closet, and finds her phone number without permission and calls her at random intervals. How are these qualities to be admired? HOW?! I can’t even.

Things were a bit juvenile, too. YES, it’s young adult. But the dialogue didn’t flow and wasn’t convincing, and some of the scenes were just absurd. Such as: When Jodi finds the dead rat in her room (and brings it to life, of course), her and her mom completely flip their shiz and jump on the bed to stay away from the rat, having an in-depth discussion planning how to kill it; involving reaching for a coat hanger without touching the floor to scare the rat out from under the bed to trap it under a trash can, holding onto each other for dear life so they don’t fall off the bed. IT’S A FREAKING RAT, PEOPLE. And I kid you not, this lasted five whole pages.

The romance was irritating, because like I said, Alex was a creepy stalker and Jodi still developed feelings for him. The characters weren’t inspiring and frankly were a bit two-dimensional. Even the antagonist, Abby, fell flat. She was a bitch, sure, but I didn’t feel any anger or hatred for her because her ‘insults’ were so childish. Whenever she said anything that was supposed to be mean and hurtful, I found myself rolling my eyes, thinking, ‘Seriously Jodi, that offends you?’ Sigh.

But – BUT – despite all of that (I know it’s a lot of complaining), I still managed to enjoy the story line. Because the story itself was pretty cool, with the blood of Medusa and the necromancing and the whole left hand/right hand, life vs. death whatnot. Plus the end did surprise me a bit. I think the series has decent potential, and I will probably still give book 2 a try. 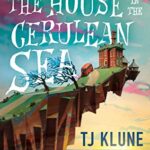