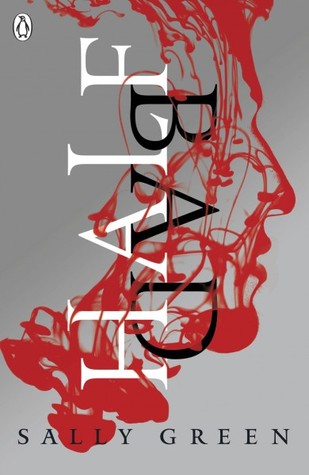 Half Bad by Sally Green is a breathtaking debut novel about one boy's struggle for survival in a hidden society of witches.

You can't read, can't write, but you heal fast, even for a witch.

You get sick if you stay indoors after dark.

You hate White Witches but love Annalise, who is one.

You've been kept in a cage since you were fourteen.

All you've got to do is escape and find Mercury, the Black Witch who eats boys. And do that before your seventeenth birthday.

Breathtaking, my ass. The only thing “breathtaking” about this book is the cover. Shame on me for falling for that again. I made it to page 77 before I just couldn’t take it anymore. Stabbing myself in the leg would have been more enjoyable.
First of all, the writing was HORRIBLY sophomoric. Why is this labeled YA? It seriously needs to be labeled as a MG book, because it reads like one. It’s sad when you’re so distracted by editing the horrible sentence structure in your head that you can’t focus on the story.

There aren’t many birds around, a few, not many.

The prose was a complete train wreck! I swear this writer doesn’t believe in commas, and the short staccato sentences annoyed the shit out of me. Plus, it takes a LOT to pull of second person POV, and I don’t feel as if this book even came close. It was just awkward and cumbersome. On top of that, it was also stiff and formal. The actions were clinical and simply described with no feeling or thought process, which created a MAJOR disconnect between me and the story. I couldn’t stand the MC’s voice (can’t even remember his name and don’t really care to), either. It annoyed me, and his attempt at “humor” just made me roll my eyes.

There’s shelter from the worst of the wind and rain. And a bit of shade if it’s hot and sunny. Joke! You’ve got to keep your sense of humor.

And anyway losing a hand isn’t that bad. You can replace it with something good…a hook…or a three-pronged claw like the guy in Enter the Dragon…or maybe something with blades that can be retracted, but, when you fight, out they come, ker-ching…or flames even…no way are you going to have a fake hand, that’s for sure…no way.

Holy run-on sentence, Batman. I almost ripped out some hair on that one. How did this pass the editing stage? HOW?!
Then, the MC had to write something. And WHAT THE HELL.

Um, WHAT? How is that even remotely realistic? HOW?! I’ve seen kindergardeners spell better than that! I understand that he has no education, but if you can write letters and you know what they are, how would you not be able to sound things out? How does brother = bordr? That makes no sense! And furthermore, at this point the prose is in FIRST PERSON. And it sounds perfectly educated! How would he be able to put together coherent sentences in his mind if he can’t even fucking spell the word ‘nice’? HOOWW?!?!
Nothing was explained, and the world building was poor. Why are half Black and half White Witches called Half Codes? Where did ‘Code’ come from? I couldn’t get a feel for the witch society because it wasn’t set up, just thrown at us in the form of “Notifications of the Resolution of the Council of White Witches in England, Scotland, and Wales.” Um, kaaayyy. In fact, there was little to no talk about witches at all other than those notifications.
Oh, and something that really pissed me off? They put a baby in a drawer. IN A FUCKING DRAWER. Seriously?! If you didn’t want the baby because it’s half Black Witch, why did you screw a Black Witch in the first place? Why did you have the baby if you didn’t want it? And why did you KEEP it if you didn’t want it?! That part was ridiculous, and served no purpose. It wasn’t like the portrayal of a bad parent that locks their kid up (i.e. Harry Potter), it seemed to be controversial just for the sake of being controversial.
Then, the MC beats the shit out of a guy, gets sent to the office, and when the teacher reprimands him and tells him to go back to class, he says “no,” shoves the teacher, then proceeds to start smashing stuff in the office. Um? And there was seriously no emotion or though process to his actions. He just did it.
After all that, he smokes for the first time. He’s never smoked before, but there is no thought process about that, either (wouldn’t he be thinking about the taste, or the sensation, or choking or something?!), he just picks it up and smokes it like he does it everyday. Then this black belt karate kid loses his shoes and they fight and the kid just walks away. WTF?
The interactions were so ridiculous, and stupid, and just…awful. The characters were flat, it kept droning on and on about mundane crap, and there was little to nothing about witches. It was just pointless and dumb, I was bored and irritated, and I’m just done! 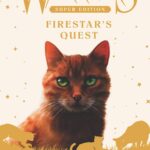 2 responses to “DNF Review: Half Bad by Sally Green”