« The Love for Books Readathon Kicks Off!
Novel Thoughts: Unique Names in Literature »
Posted by Jessi (Geo) on February 18, 2014 | 15 Comments 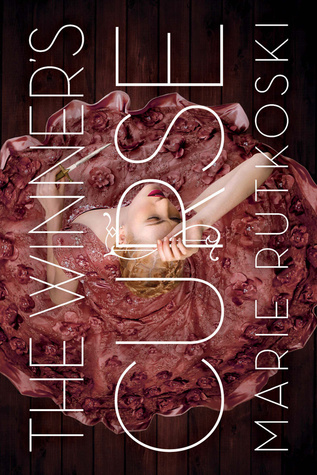 Winning what you want may cost you everything you love

As a general’s daughter in a vast empire that revels in war and enslaves those it conquers, seventeen-year-old Kestrel has two choices: she can join the military or get married. But Kestrel has other intentions.

One day, she is startled to find a kindred spirit in a young slave up for auction. Arin’s eyes seem to defy everything and everyone. Following her instinct, Kestrel buys him—with unexpected consequences. It’s not long before she has to hide her growing love for Arin.

But he, too, has a secret, and Kestrel quickly learns that the price she paid for a fellow human is much higher than she ever could have imagined.

Set in a richly imagined new world, The Winner’s Curse by Marie Rutkoski is a story of deadly games where everything is at stake, and the gamble is whether you will keep your head or lose your heart.

“The Winner’s Curse is when you come out on top of the bid, but only by paying a steep price.”

It’s no secret that I had been DYING for this book for months. It was THE most anticipated 2014 release for me! I was kinda worried that the Hype Monster would strike again, that I would be disappointed because my hopes were sky high. But I was pleasantly surprised! It didn’t blow me away, but I still loved it!

This book had a very historical feel to it, but it was really more of a high fantasy. To be honest, when I started out I wasn’t sure I would like it because of that historical quality; I wasn’t particularly on board at first. But it snuck up on me! I found myself to be more invested than I expected, and connected to the story in a way that I’ve never been able to connect to anything even remotely historical before.

The romance was perfect, AMAZING, freaking perfect…seriously! Arin and Kestrel’s relationship was beautiful and tragic; all odds were stacked against them. I looove the unlikely romance and star-crossed lover stories! A slave and an aristocrat: Forced together, but slowly became something else. Despite the hatred and resentment, after a time it changed, evolved into more. The development was slow, delicious, and I found myself rooting for them. Every hardship and betrayal they faced hurt. I could feel it like they were part of me – I have to give kudos for Marie Rutkoski for her beautiful storytelling. It’s vivid and realistic; it draws you in and gets under your skin! I really can’t stress enough how much I loved the romance, and I’m not even a romance person. But this one just worked for me!

My only complaint about this novel is that I would have liked to see more world building in the beginning. I was confused at first about the Herrani and Valorians because the terms are kind of thrown at you with little to no explanation. I wanted to know more about them: Where are they from, how did they come to hate each other? Although I never fully understood their background, I did eventually get a feel for the bone-deep hatred and rivalry of the feuding sides, and it was realistic. That aspect was very well done!

View Spoiler »Because of the title, I kind of figured what I was in for at the end (one of my earliest notes was ‘There had better be sacrifice in this book!’). But that didn’t make it suck any less! I love that there isn’t a happy ending, because it broke my heart yet gave me hope for the second book! I hope so badly that Arin and Kestrel can find their way back to one another in book 2! « Hide Spoiler

Isn’t that what stories do, make real things fake, and fake things real?

People in brightly lit places cannot see into the dark. 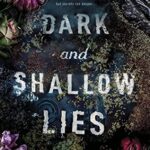 15 responses to “Review: The Winner’s Curse by Marie Rutkoski”