« Review: As I Wake by Elizabeth Scott
Review: Forgive My Fins by Tera Lynn Childs »
Posted by Jessi (Geo) on November 1, 2011 | 2 Comments 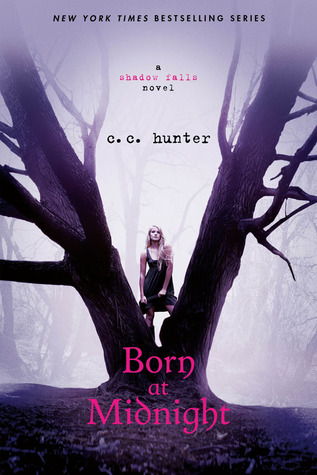 One night Kylie Galen finds herself at the wrong party, with the wrong people, and it changes her life forever. Her mother ships her off to Shadow Falls—a camp for troubled teens, and within hours of arriving, it becomes painfully clear that her fellow campers aren’t just “troubled.” Here at Shadow Falls, vampires, werewolves, shapshifters, witches and fairies train side by side—learning to harness their powers, control their magic and live in the normal world.

Kylie’s never felt normal, but surely she doesn’t belong here with a bunch of paranormal freaks either. Or does she? They insist Kylie is one of them, and that she was brought here for a reason. As if life wasn’t complicated enough, enter Derek and Lucas. Derek’s a half-fae who’s determined to be her boyfriend, and Lucas is a smokin’ hot werewolf with whom Kylie shares a secret past. Both Derek and Lucas couldn’t be more different, but they both have a powerful hold on her heart.

Even though Kylie feels deeply uncertain about everything, one thing is becoming painfully clear—Shadow Falls is exactly where she belongs…

Plot: 2/5
While I like the general idea, it didn’t really go anywhere.
Writing Style: 2/5
Her writing style screams novice.
Characters: 3/5
Kylie gets a big fat 0. The 3 is for Miranda, Della, Perry, and Lucas. Oh, and Holiday. She was pretty cool.
Pace: 3/5
Even though nothing was really happening, I surprisingly wasn’t bored much.
Cover: 3/5
Overall rating: 2.5/5 starfish

2 responses to “Review: Born at Midnight by C. C. Hunter”