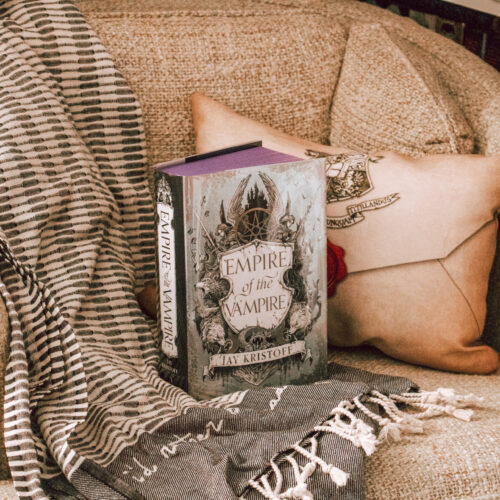 Literally the ONLY thing I got all month was this gorgeous Goldsboro edition of Empire of the Vampire! I was lucky enough to have the shop contact me to ask if I would like to purchase it – I missed out on it when the release happened because my order went through, but it was a blank order due to their site issues; so I had been put on a waiting list. Some orders fell through so I got the chance to snag a copy! Yay!

I’ve been getting most of my stuff from the library lately because I spend all my extra money on CVG apparel, lmao. The library is quick and free! 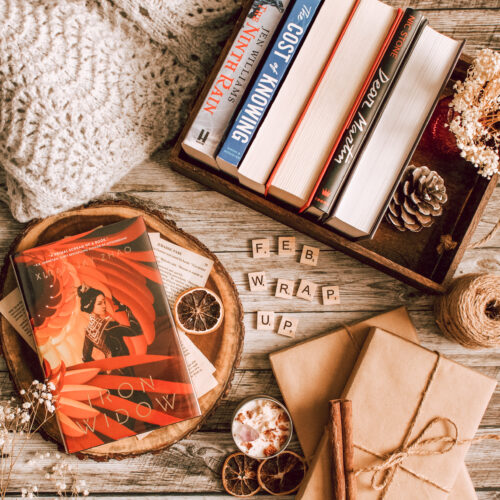 February FLEW by! Which is crazy, because January felt forever long. Honestly, it was not a good month at all. My mom fell and broke her hip (after a couple weeks of barely eating) and went into the hospital for a hip replacement. She was transferred to a rehab facility, where she fell again on the same hip, and was transferred back to the hospital. Things just got worse from there. She was not eligible to go back to rehab because at that point she was refusing to get up and do anything, hardly eating or drinking, and was not participating in physical therapy (which is a requirement for rehab). She continued to decline and the nurses suggested Hospice. She was transferred to Hospice on the 19th and passed away on the 22nd. I’m still in shock that she went so fast. Needless to say, I’ve not been doing well. It wasn’t a surprise – I have been preparing for this for the past year or so, and knew in my heart that 2022 was going to be her last year – but I didn’t expect it to happen this quickly. She essentially gave up after my dad died, so the silver lining is that she finally gets to be with him again.

On a much happier note, remember last month I said I was starting on the sleeve I’ve been wanting for 10 years (based off of Yukiko’s sleeve in Stormdancer)? Well, I got it! This is just the first part, I go back in June to finish the clouds and the rest of the background! 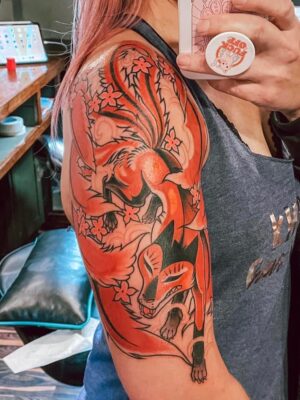 I love it SO MUCH! I sat for 6.5 hours for this, which I do not recommend, lmao. It was rooouuugghhh. I don’t think I’ll ever do a session that long again. I was good for the first 3 hours or so, but by the time we hit the 5 hour mark I was ready to die because my arm was so raw. I pushed through, but I’m pretty sure I was going into a mild form of shock by the time we finished! It was a rough recovery, too. I was sore for a whole week and itchy AF for a good two weeks after the soreness went away. I was also banned from sweating for 3-4 days because of the saniderm, which means I couldn’t exercise at ALL (I usually lift 4-5 days a week and walk 2 miles minimum every morning) and I did not handle that well. Exercise is my therapy these days, so my mental health suffered pretty badly because of mom’s condition and not being able to exercise. I had to take a whopping 10 days off from lifting even with the saniderm off because I was still sore; and when I came back to it I was feeling pretty weak and everything was a struggle. It took me quite a while to get back into the swing of it. I also ate my feelings those couple of weeks with mom in the hospital, so between eating like trash and barely exercising, I gained some weight and a whole ass inch in my waist  -___-

I have to keep reminding myself that progress is not linear and that I will get back to it. I have a good foundation and consistency wins in the end. Still frustrating.

Movies: Still Encanto, tbh. We did go see Uncharted in theater, and that was pretty fun!

TV: I binged Game of Thrones for the second time! I liked season 8 much better the second time through, knowing to lower my expectations lol. I also FINALLY watched Dexter: New Blood! I am still in a bit of shock over the ending and I don’t know if I’m upset or just plain mad about it tbh.

Music: Zombified by Falling in Reverse!

Food: My friend brought us some cookies from Crumbl and they are TO. DIE. FOR. Like holy shit it’s the best cookies I’ve ever had in my life. This is probably part of why I gained weight, lmao. The oreo birthday cake cookie was like an orgasm in my mouth, BUT…it was 500 calories, 64 carbs, and 44 grams of sugar in just half the freaking cookie. WORTH IT. Definitely going to have to pretend that place does not exist now, though! 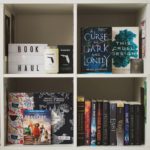 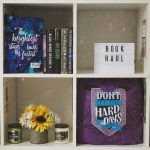 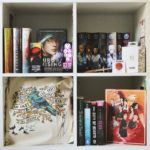 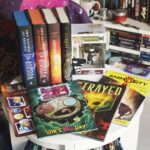 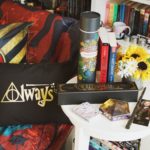