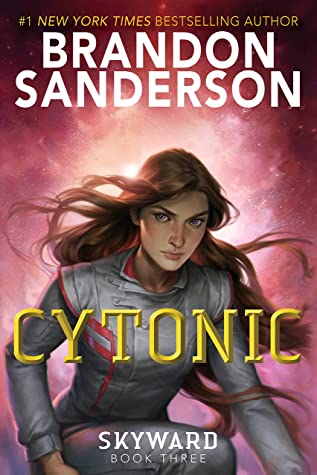 Spensa’s life as a Defiant Defense Force pilot has been far from ordinary. She proved herself one of the best starfighters in the human enclave of Detritus and she saved her people from extermination at the hands of the Krell—the enigmatic alien species that has been holding them captive for decades. What’s more, she traveled light-years from home as an undercover spy to infiltrate the Superiority, where she learned of the galaxy beyond her small, desolate planet home.

Now, the Superiority—the governing galactic alliance bent on dominating all human life—has started a galaxy-wide war. And Spensa has seen the weapons they plan to use to end it: the Delvers. Ancient, mysterious alien forces that can wipe out entire planetary systems in an instant. Spensa knows that no matter how many pilots the DDF has, there is no defeating this predator.

Except that Spensa is Cytonic. She faced down a Delver and saw something eerily familiar about it. And maybe, if she’s able to figure out what she is, she could be more than just another pilot in this unfolding war. She could save the galaxy.

The only way she can discover what she really is, though, is to leave behind all she knows and enter the Nowhere. A place from which few ever return.

To have courage means facing fear. And this mission is terrifying.

I felt disappointed with this book in some nameless way that I can’t explain. I really don’t know why, but it just didn’t have the magic that the first and second book had. I still loved the characters – Spensa is tough as nails and an MC worth rooting for, M-Bot is hilarious and his struggle with emotions is endearing, and I enjoyed the introduction of  Chet as well.

I also have to admit that I didn’t know there would be a fourth book – I was under the impression this was a trilogy for some reason! That makes me feel a bit better. Maybe the next book will be better and bring back the magic of the first two!

Despite being disappointed, there were still plenty of things I loved about this book:

Overall, this book just wasn’t as memorable as the first two were. Fingers crossed that the fourth book will be less filler-y than this one! Plus, View Spoiler »I NEED TO KNOW M-BOT IS OKAY. I actually cried a little when he made the decision to sacrifice himself! « Hide Spoiler