« Review: Masque of the Red Death by Bethany Griffin
Review: Rules of Attraction by Simone Elkeles »
Posted by Jessi (Geo) on June 20, 2012 | 0 Comments 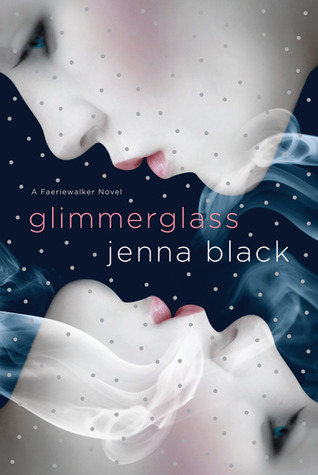 It's all she's ever wanted to be, but it couldn't be further from her grasp...

Dana Hathaway doesn't know it yet, but she's in big trouble. When her alcoholic mom shows up at her voice recital drunk, again, Dana decides she's had enough and runs away to find her mysterious father in Avalon: the only place on Earth where the regular, everyday world and the captivating, magical world of Faerie intersect. But from the moment Dana sets foot in Avalon, everything goes wrong, for it turns out she isn't just an ordinary teenage girl, she's a Faeriewalker, a rare individual who can travel between both worlds, and the only person who can bring magic into the human world and technology into Faerie.

Dana finds herself tangled up in a cutthroat game of Fae politics. Someone's trying to kill her, and everyone seems to want something from her, from her newfound friends and family to Ethan, the hot Fae guy Dana figures she'll never have a chance with...until she does. Caught between two worlds, Dana isn't sure where she'll ever fit in and who can be trusted, not to mention if her world will ever be normal again.

The hardest reviews to write are for books that didn’t inspire much of anything in me either way – love or hate. This was one of those. It was good, but not great. It was a quick and light read and I don’t regret reading it, but I don’t think I would read it again.

I had mixed feelings about Dana. She was an alright lead, but she annoyed me at times. First of all, she was selfish. She ran away from her mother because she was a raging alcoholic. A mother that could barely even function: Dana always did everything for her. I know it’s hard, but if she has to do everything, how is her mother going to fend for herself when she’s not there? That irked me.
She wasn’t overly weak, thankfully. She did cry a few times, but not enough to annoy me. She got in a good crotch kick and dumped her mocha over some dirtbag’s face, so that earned some respectful brownie points from me. But, when it came to guys was when she really irritated me. The fact that being TOTALLY HAWT can excuse any guy of being a total asshat really lowered my opinion of her. While Ethan did grow on me by the end, in the beginning he was an arrogant prick that wasn’t even the least bit charming – but hey, he’s hawt. ‘Cause that’s all that matters, right? Same for Keane. He was even worse than Ethan. But he was so totally dreamy, so that’s perfectly fine!

I did kinda feel sorry for Dana, though – she kept getting pushed and pulled around in every direction by people wanting to use her, and none of it was even her fault. She was almost a prisoner and didn’t have much free will to make her own choices.

I felt like the sexual content was a little high for YA. I don’t mind it in the least bit, but I definitely don’t suggest this for a younger teen. There were quite a few innuendos, such as a guy being ‘eager’ (in the pants), and the back of a wagon is more comfortable than the backseat of a car – if you know what I mean. Even the make-out scene got really in depth to the point where I felt it was almost too steamy for YA. And why was Dana thinking that a first kiss automatically meant it was going to lead to sex? This bothered me for some reason.

Oh, by the way, did I mention that Ethan was hot?

All in all, a decent read. The idea of Faeriewalkers was pretty cool, and so was the Glimmerglass. There was plenty of action and danger. It was a fast paced read and easy to understand, but not very deep. Will I be reading the second book? Maybe down the road, but not right now.

Favorite character: Kimber. She was a little bitchy in the beginning, but I ended up really liking her. She reminded me a bit of myself!