Moving to a space station at the edge of the galaxy was always going to be the death of Hanna’s social life. Nobody said it might actually get her killed.
The sci-fi saga that began with the breakout bestseller Illuminae continues on board the Jump Station Heimdall, where two new characters will confront the next wave of the BeiTech assault.
Hanna is the station captain’s pampered daughter; Nik the reluctant member of a notorious crime family. But while the pair are struggling with the realities of life aboard the galaxy's most boring space station, little do they know that Kady Grant and the Hypatia are headed right toward Heimdall, carrying news of the Kerenza invasion.
When an elite BeiTech strike team invades the station, Hanna and Nik are thrown together to defend their home. But alien predators are picking off the station residents one by one, and a malfunction in the station's wormhole means the space-time continuum might be ripped in two before dinner. Soon Hanna and Nik aren’t just fighting for their own survival; the fate of everyone on the Hypatia—and possibly the known universe—is in their hands.
But relax. They've totally got this. They hope.
Once again told through a compelling dossier of emails, IMs, classified files, transcripts, and schematics, Gemina raises the stakes of the Illuminae Files, hurling readers into an enthralling new story that will leave them breathless.

Patience and Silence had one beautiful daughter. And her name was Vengeance.

Oh my god, where do I even start?! I honestly don’t think anything I could say about this book could ever actually do it justice. Illuminae was absolutely epic. I daresay that Gemina was even better! (HOW IS THAT EVEN POSSIBLE?!) Like I said in my review of Illuminae, I’ve never read anything like this series. If you didn’t already know, it’s told in a series of hacked documents – emails, IMs, reports, and files – and it is EPIC! There’s so much to look at in this book, it’s absolutely fascinating. It makes you want to take your time and soak up every single inch of the book. And even though it’s over 600 pages, it doesn’t feel long. Actually, it’s so engrossing that it flies by because you can’t stop flipping pages! (Side note: there was a lot missing from the ARC because it’s not finalized, so I can’t WAIT to see the finished copy – there’s going to be illustrations from Marie Lu!!)

I’m going to take them apart piece by piece.

At first, I was kind of on the fence about the character change. I got attached to Kady and Ezra in the last book, and character changes don’t usually work out too well for me, so I was apprehensive. Turns out, I shouldn’t have been! I got attached to Hanna and Nik just as much. View Spoiler »I still had all the feels when their worlds came together and Kady & Ezra made an appearance, though! AND AIDAN. I’M SO GLAD AIDAN WAS IN THIS ONE. « Hide Spoiler Hanna was SUCH a badass! I really liked Elle, too. She was hilarious!

Nik M: when she was 6, she convinced me & my bro the NPPD was putting audio surveillance drones into candy to spy on our old man, we gave her all our hallowseve loot three years running. for “safe disposal,” so believe nothing she says.

This book got crazy!! THE LANIMA. LJDSFBLJHSBEIWAJEF. Okay, let me first say: Nothing scares me. Nothing in books or movies, ever. But holy shit, you guys. The lanima were freaaaa-kaaayyy. I was absolutely rapt during those parts, on the edge of my seat! POOR LUCY. I’m just gonna… 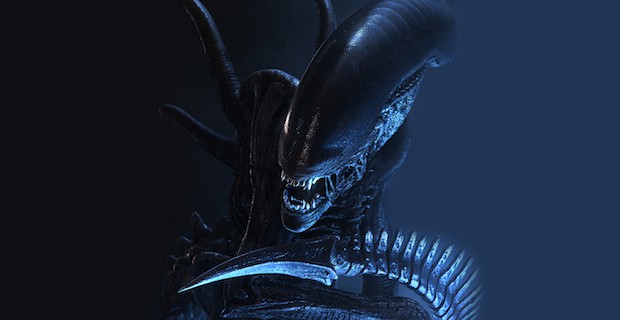 Yep. Also, CAN WE PLEASE TALK ABOUT HOW THE ENDING TOTALLY MIND F*CKED ME.  (do NOT read if you haven’t read the book! I REPEAT. DO. NOT.) View Spoiler »Okay, so when they introduced the journal with the bullet hole, I had a sneaking suspicion that the dark stains were blood. So I was kind of expecting for one of the characters to get shot. BUT HOLY ;IKJVNLADJF;ALDJFADJKFN I DID NOT EXPECT THAT. Side note: In most sci-fi/fantasy books, when a main character dies, I’m like har har very funny I know they’re going to come back to life nice try anyway and thus I’m usually robbed of any emotional response I would have had. Well, knowing Jay’s cutthroat tendencies with ANY character, I had no doubt that it was real. I WAS BAWLING, YOU GUYS. (As it turns out, for once it really wasn’t final…heh) I thought he was really dead. So then, when we discovered the crazy wormhole situation, I actually cried again, with relief. WELL PLAYED GUYS, WELL PLAYED. THEN – jeez it keeps going – when they finally come back together and it’s all yay, HEA? (question mark because, again, Jay) and then…THEN. THE SHIT HIT THE FAN (yet again). I was actually gaping in growing horror as I started to bawl again. I don’t even know why I believed it (I’ve come to expect the unexpected where Jay is concerned), but I was totally eating out of the palms of their hands in that part. I fell for it, even as my brain was like WAIT WHAT NO WAIT THIS CAN’T BE REAL WHAT NOOOO. Suuuuckerrrr. « Hide Spoiler YOU BRUTAL AUTHORS, YOU. *ahem* Soo…in conclusion, best to bring a box of tissues with you.

If you haven’t read this series, I URGE YOU TO. You won’t regret it! I would recommend these books to absolutely everyone, even if you’re not a fan of sci-fi. 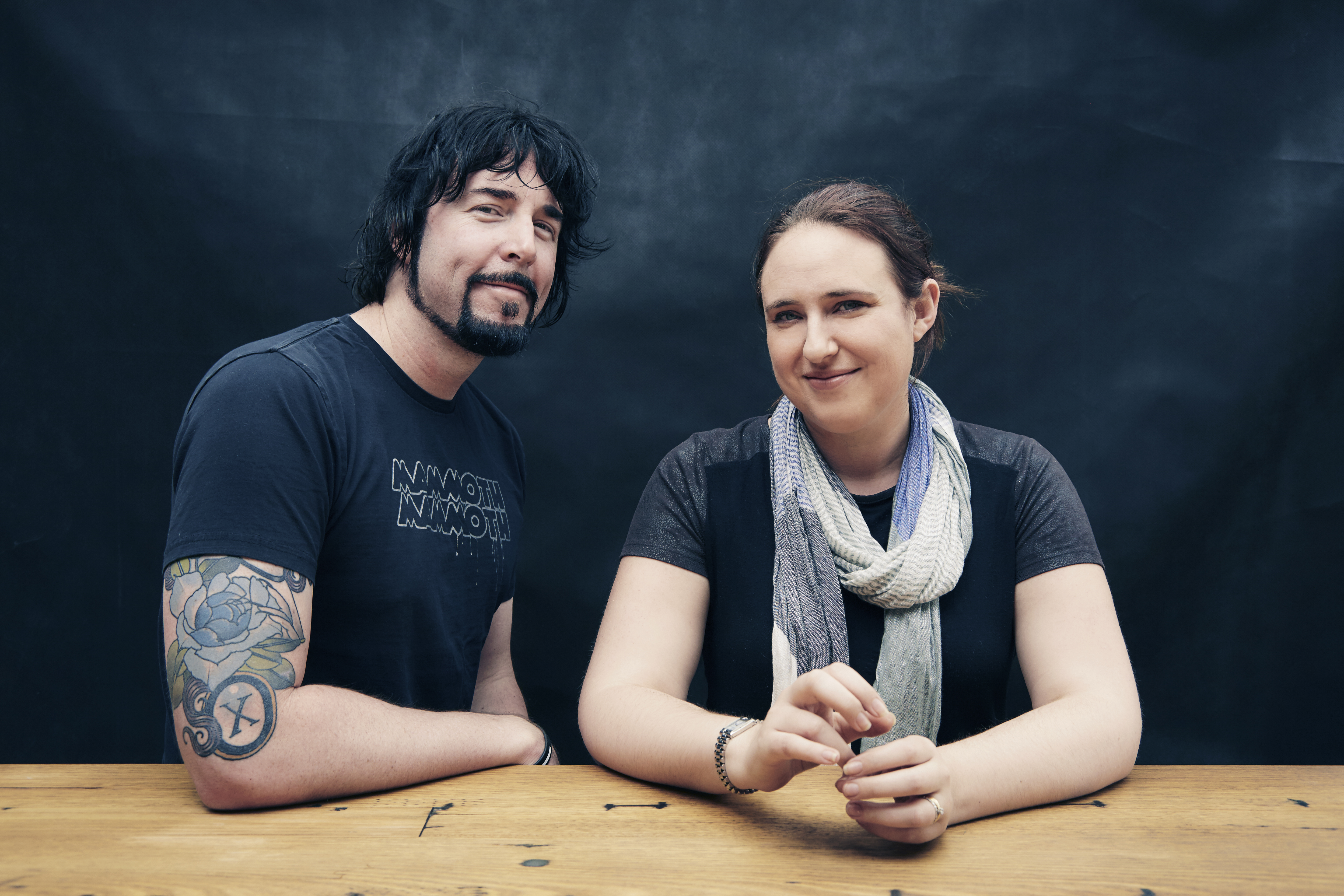 JAY KRISTOFF is the New York Times and internationally bestselling author of The Lotus Wars, The Illuminae Files, and The Nevernight Chronicles. He is the winner of two Aurealis Awards, an ABIA, nominee for the David Gemmell Morningstar and Legend awards, named multiple times in the Kirkus and Amazon Best Teen Books list and published in over twenty-five countries, most of which he has never visited. He is as surprised about all of this as you are. He is 6’7 and has approximately 13030 days to live. He abides in Melbourne with his secret agent kung-fu assassin wife, and the world’s laziest Jack Russell.

He does not believe in happy endings.

AMIE KAUFMAN is the New York Times bestselling co-author of Illuminae (with Jay Kristoff) and These Broken Stars, This Shattered World, and Their Fractured Light (with Meagan Spooner.) She writes science fiction and fantasy for teens, and her favourite procrastination techniques involve chocolate, baking, sailing, excellent books and TV, plotting and executing overseas travel, and napping.

She lives in Melbourne, Australia with her husband, their rescue dog, and her considerable library. She is represented by Tracey Adams of Adams Literary.

Penguin Random House is providing an ARC of the book for me to giveaway, and since I’ll be seeing Jay and Amie at YALLfest in November, I’m going to get it SIGNED for one lucky winner! (The winner can also choose to personalize it if they wish)

As the shipping is out of my own pocket after I get it signed, this contest is US only.
a Rafflecopter giveaway