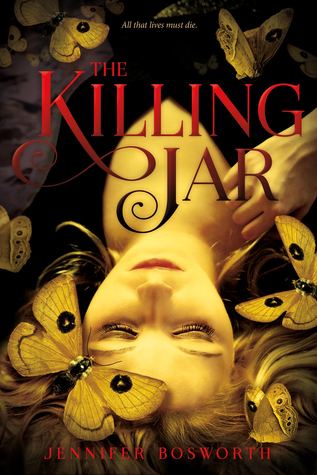 Seventeen-year-old Kenna Marsden has a secret.

She’s haunted by a violent tragedy she can’t explain. Kenna’s past has kept people—even her own mother—at a distance for years. Just when she finds a friend who loves her and life begins to improve, she’s plunged into a new nightmare. Her mom and twin sister are attacked, and the dark powers Kenna has struggled to suppress awaken with a vengeance.

On the heels of the assault, Kenna is exiled to a nearby commune, known as Eclipse, to live with a relative she never knew she had. There, she discovers an extraordinary new way of life as she learns who she really is, and the wonders she’s capable of. For the first time, she starts to feel like she belongs somewhere. That her terrible secret makes her beautiful and strong, not dangerous. But the longer she stays at Eclipse, the more she senses there is something malignant lurking underneath it all. And she begins to suspect that her new family has sinister plans for her…

I had very mixed feelings about this book. I think the thing I enjoyed most about it was how seriously twisted it was. It was very dark, and I liked that! But sadly, that was where the enjoyment ended.

There was a scene in the beginning pissed me off to the point that I very nearly DNFed it. I wanted to throw my Kindle against a wall! Erin has a cat (named Clint Eastwood…and it’s a female. Wtf….) that has kittens. As soon as the words “He liked to watch things die. But then he went too far” were followed by the introduction of the cat and her kittens, I knew. I almost put the book down right then and there. The boy that Kenna killed DROWNED A WHOLE FUCKING LITTER OF BABY KITTENS and Kenna found them with “their bodies limp and their fur matted with mud,” and Clint Eastwood’s “mangled body” “mutilated” with “her head missing entirely” by the riverbed. NOT. OKAY. I was fucking sobbing because it’s so horrible…I mean, I understand that killers often start with animals, but that took it too far for me. I can’t STAND cat killing in books, even worse when it’s newborn kittens. I don’t care if you think me weak for that, I just can’t handle it. That is not something I want to read about, or hear about, or think about.

Thus, I was already unhappy with this book going in (that scene was literally in the first five pages). I’m sure that lessened my overall enjoyment of the rest of the book, but I was a bit underwhelmed. I had trouble connecting to Kenna or any of the other characters. I didn’t care much for Kenna’s family, or either of the love interests. Blake and Cyrus were hard to tell apart because they were both so bland. The love triangle was annoying, and I didn’t care about the romance between Kenna and either of the boys.

I did quite like the idea of the Kalyptra, and the way they lived was interesting. I like that there’s a certain mystery surrounding it, I was intrigued to know more about them. It got a bit weird in the end for me, though, and I wasn’t satisfied with the ending. View Spoiler »The Mother – a giant moth – was a little too strange and seemed a little farfetched for me. It just wasn’t believable, despite this being a sci-fi. And it made sense for Kenna to kill the Mother to end the Kalyptra, but for some reason it left me feeling unsatisfied. « Hide Spoiler I think it’s just the fact that the final scene happened so fast and felt anticlimactic. I wanted more somehow.

All in all, I don’t really know how I felt about this book. It was f*cking weird, but I liked the twisted quality. It was unique, that’s for sure!

6 responses to “Review: The Killing Jar by Jennifer Bosworth”