Hey guys!! As most of you know, I’ve been gone for almost THREE months. It’s felt like an eternity! I seriously missed blogging and I missed all you lovely people! I’ve been going through blogging community withdrawal lately, so I’m excited to be back! So what have I been doing for the last few months, you ask? Well, the main reason I’ve been gone so long is….

I know I mentioned in passing before I left that my fiance and I were looking for a house together. I even posted a picture of the one we picked at one point. Well, we got it!! It was a very long, very exhausting process, but we made it!

It’s a 4 bed, 2.5 bath with 2,280 square feet of space. It’s also a foreclosure and a modular home (which is just a fancy term for manufactured instead of stick-built), so it was only $52,000! We would have NEVER found a stick built home with that kind of space for under $100K. In fact, all of the other homes in the area ranged from $65K-$80K and nearly all of them were 800-900 square feet (that’s TINY). This was the first home we found, and while we looked at others, we knew it was the one.

While it is an amazing and beautiful place, it’s still a foreclosure. Meaning: it has problems. There’s a whole bunch of cosmetic things – which we weren’t worried about – but when we moved in our HVAC didn’t work, our hot water didn’t work, and we had leaky pipes. Not to mention that the previous owners took a bunch of things: The kitchen island, doorknobs, light fixtures, and (this REALLY pisses me off) the privacy fence. But when they took the damn fence, they freaking cut the posts off above the ground, so now there’s still concrete blocks in the ground where the fence was set. When we put our own fence in, we have to first dig out all the concrete posts. SO angry about that! I could seriously strangle them for taking that fence.

Getting the house was a nightmare! We had a bit of a scare when we put our bid in, because there had been several other people looking at it and we were afraid we wouldn’t get it before they did. Then, the FHA loan fell through because they wouldn’t back a modular home. So I had to go conventional. Then we had problems galore with our servicer, PrimeLending, and the bank that owned the house, Fannie Mae. They were both a serious thorn in my side for the whole process! My problems with PrimeLending were mostly that their communication was TERRIBLE. There were so many times I went into a situation completely blind because they didn’t bother to tell me things, or waited until the last possible minute to tell me. Not cool! If I could do it over again, I would never go back to them. The only reason I went to them in the first place is because my bank, Wright Patt, wouldn’t cover the conventional loan.

We had pretty much sealed the deal, then the freaking bank decided that we needed to fix up all of the problems with the house before we moved in. At our expense. So we had to put money into it before we even owned it! The bank refused to sell it until we fixed all of the missing light fixtures, the disconnected pipe in the crawl space, and the peeling ceiling paint in the bathrooms. Then I had issues with getting them to okay it because the floor is messed up in the master bathroom, and they fought the inspector’s report that said it was structurally sound. There were also problems with our down payment because it was a gift. Basically anything that could have gone wrong went wrong. I was ready to rip out my hair by the time we closed at the end of May!

Then, when we moved in, we had to sleep at my parents’ for almost a week because we didn’t have air conditioner and it was 90 degrees outside and it felt like a sauna inside the house. We also didn’t have hot water for 2 weeks!

Fast forward 2 months, and it was ALL worth it. We now have this beautiful house together!

I ended up buying some laminate flooring and paint and knocked out my office. I’m very happy with the end result! 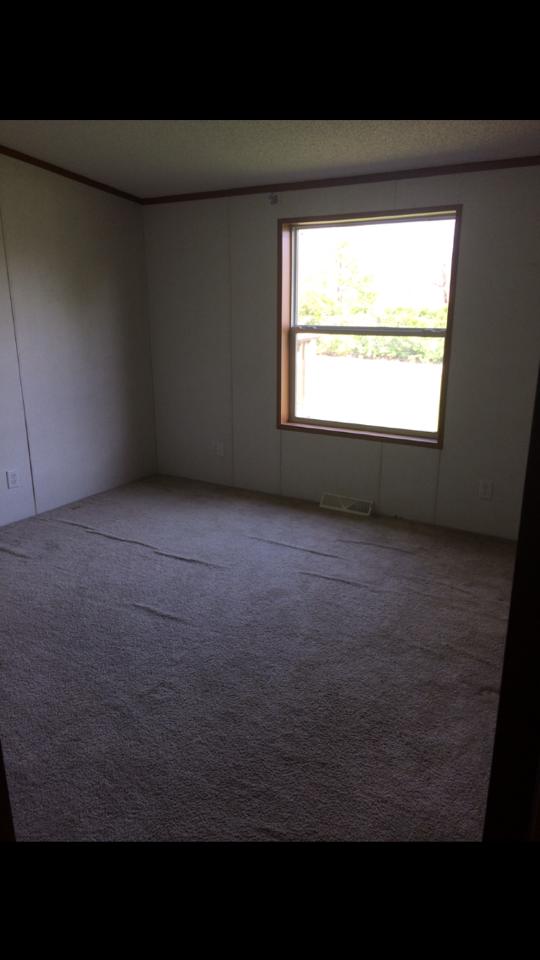 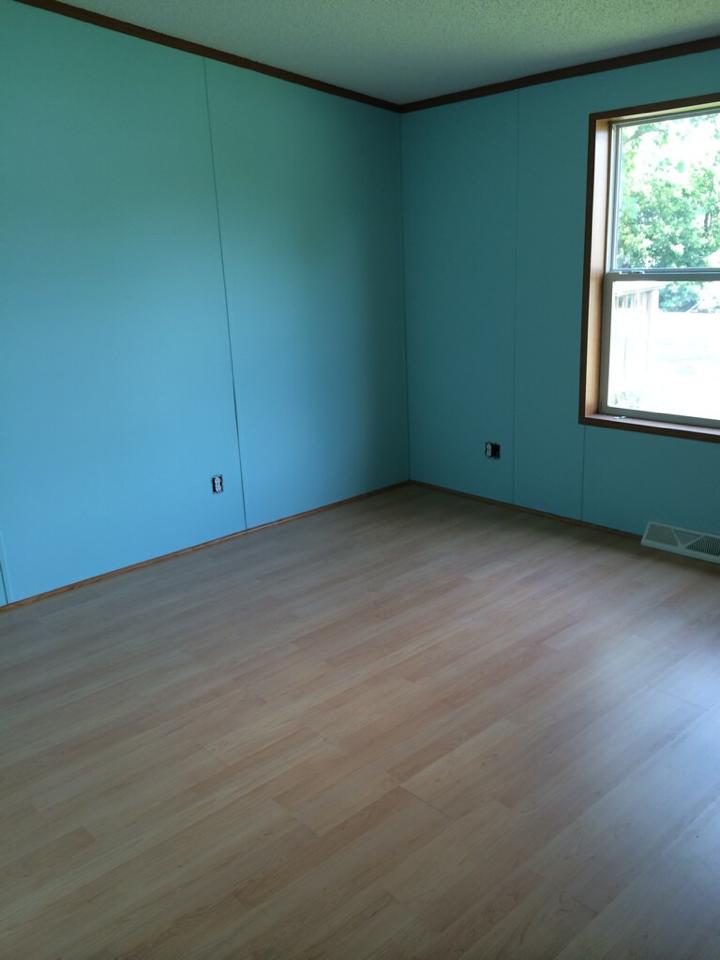 I still have to do the closet, which is going to be my library. I’m dying to get my books moved in (I miss them lol), but I haven’t had the time to do it.

In addition to getting a new house, we also adopted two new furbabies: A tabby kitten named RiverStar, and a dachshund puppy named Loki! 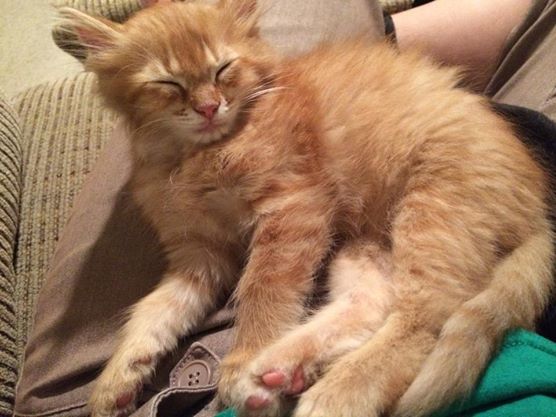 We got them both the first week of July. Loki is now 9 weeks and River is 13 weeks. When we got them, she was so much bigger than he was! He was only 6 weeks (a little early to take him, I know), and he weighed a whopping 1 pound, 1 ounce!

They are CRAZY. The kitten pretty much takes care of herself, but she runs around the house and terrorizes everyone, as well as hands and feet. She has a horrible habit of chewing on fingers and toes. And pouncing on you when you’re trying to sleep. I freaking love her though!

The puppy is at a very challenging stage right now. He screams constantly when he can’t see us. He screams his head off in his crate at night, and if we leave him in another room or outside, he screams if he can’t get to us. Needless to say I get a lot of headaches these days! He’s also not potty trained, and he thinks the carpet is where he’s supposed to poop. We’ve managed to get him to pee outside, but he only poops outside about 3 out of 10 times. It’s very frustrating. We’ve kept on his training, but we’re not making much progress. The part that irritates me is that I know he can learn fast, because he picked up “sit” in about 4 days. He now sits every time! He’s good about coming, too…for now. I’m sure it won’t last, so I’m enjoying it while I can!

The other animals (I have 3 other cats and another dog) are finally warming up to them. The cats hate the puppy, but they’re getting used to the kitten. Zenith (the dog) didn’t want to have anything to do with Loki at first, but now she tries to play with him. She just plays too rough…she’s 35 lbs and he’s only 2, so it’s not really a good match just yet!

My fiance and I have now set a wedding date! Our official date is November 11, 2015.

I have taken up couponing. I may have mentioned it in passing before I left. I buy 10 sets of inserts each week and have a giant binder full of coupons. Yep, I’m one of those people. I’ll have to do a post about it sometime! It’s a lot of work, but when you go to the store and get $120 worth of stuff for $12, it feels pretty damn good! I’ve got a small stockpile going, which is very helpful with new house expenses.

I’m also still working on my dragons for my Etsy shop. I take custom orders!

I’ll be posting part 2, where I’ll be talking about what this all means for the blog, tomorrow! 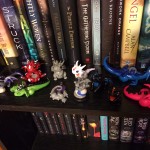 Where I’ve been: In Which I Open My Own Etsy Shop!
Happy Birthday Jessi!!!
My Journey Toward a Healthier Lifestyle