The day I turned 16, my boyfriend-to-be died. I brought him back to life. Then things got a little weird...

Molly Bartolucci wants to blend in, date hottie Rick and keep her zombie-raising abilities on the down-low. Then the god Anubis chooses her to become a reaper—and she accidentally undoes the work of another reaper, Rath. Within days, she's shipped off to the Nekyia Academy, an elite boarding school that trains the best necromancers in the world. And her personal reaping tutor? Rath.

Life at Nekyia has its plusses. Molly has her own personal ghoul, for one. Rick follows her there out of the blue, for another...except, there's something a little off about him. When students at the academy start to die and Rath disappears, Molly starts to wonder if anything is as it seems. Only one thing is certain—-Molly's got an undeadly knack for finding trouble....

To be honest, the writing style was a major issue for me. It was in Molly’s voice, so it was written in the slang-ish ‘snarky’ way that a 16-year-old would talk. Or supposed to be, anyway. To me it seemed much more juvenile than 16 and I felt like the attempts at humor and sarcasm just tried to hard. The points that were probably supposed to be funny didn’t even draw a twitch of the lips from me. Instead I was like: 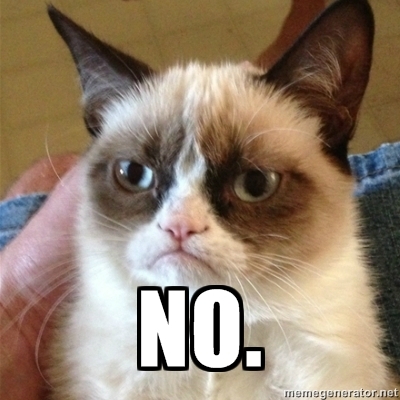 I couldn’t stand Molly. She was snobby, judgmental, and petulant. Sometimes I forgot she was supposed to be 16 (at least that’s what I think she was?) because she acted more like she was 12. (Seriously, at times I felt like I was reading a 12-year-old’s diary.) Plus, some of the things she said made me want to punch her, such as:

There were only a handful [of necros] that attended my school, and most of them were to dark and angsty for my taste. Plus, I didn’t look good with kohl on my eyes and my nose was too cute to be pierced.

Maybe I’m overreacting, but the stereotypes in this sentence just pissed me off. So just because you have your nose pierced and wear dark eyeliner you’re ‘dark and angsty?’ Bitch, please. And this:

Ally was fourteen, tall and gangly, still flat-chested and had braces, too. She had the best hair – long, silky chestnut waves with auburn highlights, but did she care? No. She also liked to wear baggy clothes in blah colors. Even though I would never admit it to her (not ever), one day she’d be gorgeous. Y’know, after she lost the metalwork, got some boobs and developed some fashion sense.

What, just because she has a few flaws and isn’t snobby like you, she’s not beautiful? Because she wears what she wants and likes to be comfortable, she’s ugly? Ugh. This just rubbed me the wrong way. And Molly had something like that to say about pretty much anyone she saw. Like she was better than everyone else. At one point she even said something judgmental and shallow and then was like “oops…my shallowness was showing again” like she was trying to make it a joke. Hahahaha-NO, how ’bout I knock some of your perfect teeth right out of your pretty, shallow little head. ARGH. I hated her. And when her dad drops a major bomb she goes all Hulk, smash! on everyone:

Back to the writing style: It grated on my nerves and made my eye twitch. Let’s get something straight, I use the word ‘woot.’ I happen to love that word. But for some reason when it was used in this book, it annoyed the crap out of me. I guess that brings me back to the fact that it tried way to hard to be the mind of a 16-year-old. The ‘woots’ and ‘squees’ and ‘whatevs’ irritated me to no end, and that type of slang was used so much it dragged the story down to the point where that was all I would notice. And who says ‘a whole ‘nother level of WTH?’ Seriously.

I tried valiantly to keep on truckin’ despite all of the irritations and negative reviews stating that it doesn’t get any better, but when I get THAT annoyed with something I’m reading, then it’s time to stop and move on to something better. Plus the whole you’re special, the chosen one to defeat the evil and save the world made things a bit too cliche for me.

The premise was exciting, and I was kinda hyped to meet Anubis, but when the moment came I was underwhelmed by how un-God-like he was. Plus I felt like there was too much mixing of the terms ‘necromancer’ and ‘reaper.’ The lines were a bit blurred, even though those two paranormals are totally different. I did skip through and read the end, and was underwhelmed and unsurprised by that, too.