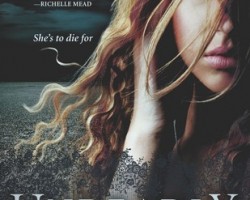 To be honest, the writing style was a major issue for me. It was in Molly’s voice, so it was written in the slang-ish ‘snarky’ way that a 16-year-old would talk. Or supposed to be, anyway. To me it seemed much more juvenile than 16 and I felt like the attempts at humor and sarcasm just tried to hard. The points that were probably supposed to be funny didn’t even draw a twitch of the lips from me. Instead I […]