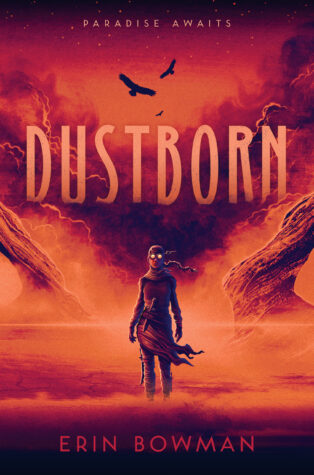 Delta of Dead River sets out to rescue her family from a ruthless dictator rising to power in the Wastes and discovers a secret that will reshape her world in this postapocalyptic Western mashup for fans of Mad Max and Gunslinger Girl.

Delta of Dead River has always been told to hide her back, where a map is branded on her skin to a rumored paradise called the Verdant. In a wasteland plagued by dust squalls, geomagnetic storms, and solar flares, many would kill for it—even if no one can read it. So when raiders sent by a man known as the General attack her village, Delta suspects he is searching for her.

Delta sets out to rescue her family but quickly learns that in the Wastes no one can be trusted—perhaps not even her childhood friend, Asher, who has been missing for nearly a decade. If Delta can trust Asher, she just might decode the map and trade evidence of the Verdant to the General for her family. What Delta doesn’t count on is what waits at the Verdant: a long-forgotten secret that will shake the foundation of her entire world.

I was born of this dust, and I am never going to escape it.

This is the book I’ve been waiting for and didn’t even know it! In the sea of 3 star books I’ve read in the past few months, it was refreshing to read something that sucked me in, and I needed that. The cover and synopsis drew me in when I first heard about this one, but I wasn’t sure if I’d enjoy it because Bowman’s books have been hit or miss for me. Contagion was good, Taken was okay, and I didn’t like Vengeance Road. But this one surprised me!

I was hooked from the very beginning. It felt a lot like Blood Red Road paired with a reverse Waterworld. It was awesome! I absolutely LOVED the post-apocalyptic dust world, it was fantastic! The pacing was fast and the story was compelling, and I found myself gobbling this book up. I flew through the first half of it in one sitting – I was super bummed because I had to put it down to sleep! I easily could have finished it all in one chunk if it weren’t for adulting. (Stupid adulting!!)

I also appreciated that there were a few surprises along the way! View Spoiler »I guessed that the man who gave Delta the lodestone was her father, but the fact that Reed was her brother totally caught me by surprise! It takes a lot to surprise me these days. I’m grateful for that twist, too, because I was worried the book was setting up for a love triangle. I love that he ended up being her half brother instead.

Also, the twist of Verdant being a lie was awesome! The scene where they found Eden, the underground bunker, with all of the Old World tech and their history was easily my favorite part. I loved that! I never really believed in the Gods that they kept talking about, but it was awesome that their origin was a General just trying to give his people hope. (Also Feder & Ation being the Gods’ names because of the Federation was pretty cool too. I thought they were odd names but I never put them together lol! I should have figured that out!) The map being two parts of a whole instead of two identical copies was cool, too. That’s the part that really reminded me of Waterworld – the map to paradise on someone’s body! « Hide Spoiler

It will always hurt to lose the people we love, so we might as well love them fiercely with whatever time we’re given.

Delta was a great lead. It’s been a while since I’ve actually connected a main character. She was fierce and stubborn and easy to relate to. I also love the parallel to the “grumpy old person gets strapped with kid” trope – Delta gets stuck with her baby niece even though she doesn’t want to be. I enjoyed the blossoming of their relationship and how Delta slowly warmed to Bay. Actually, I enjoyed all of the relationships except the romance – I loved the sense of found family that this book had going for it. The only character I didn’t care much for was Asher. He was a bit bland, and because of that, I wasn’t particularly interested in the romance. I liked Reed, I loved Harlie, and some of the other side characters were cool, too. The General was okay – I wish he’d been more fleshed out, though, especially since he was the main villain. He only appears a couple times, and I never really got a feel for him. I felt like there wasn’t much to him at all.

I have a couple of minor complaints that kept this book from being 5 stars for me. The main one is a glaring plot hole that really bugged me. View Spoiler »There’s talk of the Gods Touched in the beginning, and how the Loyalists were caving people’s skulls in to check if they were Gods Touched after killing them. However, at Eden, when Delta finds the recording from the old General of the Federation, he reveals that the “stars” that the they believed made some people Gods Touched were actually microchips embedded into their skulls. And here’s the problem – that happened GENERATIONS ago. I got the gist that it had been at least a couple hundred years – Delta mentions a few times that the maps on their backs were passed down generation to generation and might have been warped with time from copying errors. So how the hell are there still people with chips?? (I mean, there was never talk of finding any new chips, but if they hadn’t found one in a person in generations, why would they still be bothering with caving skulls in to look for them?!) All of the original crew would definitely be dead after 100+ years and they didn’t chip anyone else because of the sickness the chips caused (and the General said that everyone went mad, basically, and that he made up the lie about the Gods and that was what shaped the new way of life). That made zero sense and really bothered me! « Hide Spoiler The second is that I got just a little bored when Delta first got to Powder Town. That was my least favorite part of the book. The third is very small indeed, but something that always catches my eye and distracts me from the story: A misspelling. Two, actually. In one conversation, when they’re talking of infiltrating Bedrock (The General’s city), the term ‘breach’ is spelled as ‘breech.’ TWICE. The first time, I thought it was just a typo, but the second time made it even worse. Here’s the context:

“[…] there is still the issue of his dam wall – breeching it, accessing Bedrock itself…”
“The blast barrels will breech the wall.”

That is definitely not how it should be spelled in this context, but ok. BUT then, on the very next page, it was used correctly!! (“[…] but I believe they will breach the wall.”) Shame on the editing team for not picking that up. Like I said, it’s a small issue yes, but one that drives me absolutely bonkers.

However, all in all this was an engrossing and unique read and I highly recommend! 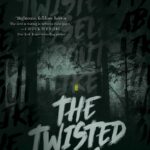