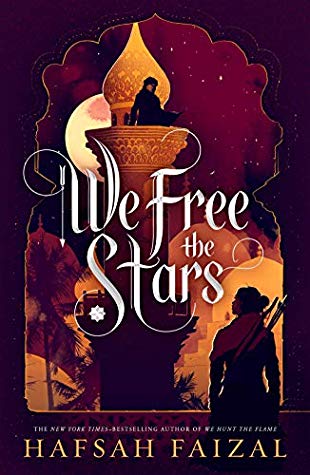 The battle on Sharr is over. The dark forest has fallen. Altair may be captive, but Zafira, Nasir, and Kifah are bound for Sultan’s Keep, determined to finish the plan he set in motion: restoring the hearts of the Sisters of Old to the minarets of each caliphate, and finally returning magic to all of Arawiya. But they are low on resources and allies alike, and the kingdom teems with fear of the Lion of the Night’s return.

As the zumra plots to overthrow the kingdom’s darkest threat, Nasir fights to command the magic in his blood. He must learn to hone his power into a weapon, to wield not only against the Lion but against his father, trapped under the Lion’s control. Zafira battles a very different darkness festering in her through her bond with the Jawarat—a darkness that hums with voices, pushing her to the brink of her sanity and to the edge of a chaos she dare not unleash. In spite of the darkness enclosing ever faster, Nasir and Zafira find themselves falling into a love they can’t stand to lose…but time is running out to achieve their ends, and if order is to be restored, drastic sacrifices will have to be made.

“We hunted the flame together, found the light in the darkness, but we are far from done, laa? Now we unleash it. We free the stars, shatter the darkness holding us captive, and return the world to the splendor it once was.”

What a beautiful ending to an amazing duology! If you haven’t read We Hunt the Flame yet, WHAT ARE YOU WAITING FOR. Hafsah’s storytelling is simply stunning! Lush and magical world, unique and fleshed out characters, action-packed plot. Highly recommend!

“My blade is yours. Until every last star is freed, we are bound.”

I was so thrilled to have the Zumra back. They were my absolute FAVORITE part of book 1, and the same holds true for this one! I love the witty banter and the found family affection. LOVE. I am a sucker for the found family slash ragtag misfits trope and this one is one of the best! Squad goals! View Spoiler »Although I am SUPER SAD that the zumra crashes and burns a bit in this one. Womp womp. « Hide Spoiler I loved every single character, and they grew on me even more in this installment. Especially Kifah! She cracks me up! I also adored the addition of Lana – Nasir and Kifah snapping at her about her language was exactly what I needed in my life and didn’t even know, haha. (And the part where she asked to keep the mace and they all said no all at once XD)

“Do you understand, brother? You’ll have me. No matter how thick the night, I will always be there to light your way.”

Altair is still my favorite, and there were several times my brain was like, HAFSAH IF YOU HARM ONE HAIR ON MY BB ALTAIR’S HEAD I WILL COME AFTER YOU. He was in PERIL and I was hella stressed!! View Spoiler »I mean, I did say HAIR, not EYE… *sobs* « Hide Spoiler

Okay, so the angst and slow burn is part of what I loved about WHtF and it is BACK, folks. However, there were times that I straight wanted to bash Nasir and Zafira’s heads together. You CLEARLY love her, she CLEARLY loves you, why can’t you just stop being stupid and be together, dammit?!?! I was getting so frustrated lmao! It was like the first book all over again when I kept thinking they would FINALLY kiss and freaking Altair kept convienently interrupting them (see my super frustrated updates on Goodreads!) -___-

There was a kind of sand, rare in the desert, that appeared as harmless as normal sand until it sank beneath one’s feet, swallowing the unsuspecting, worsening the longer they struggled, loosening its grip only when they did the opposite. That was how grief was. The longer one wallowed, the more it hungered.

Hafash knows how to pull on your heartstrings and bring out the emotions for sure! This one made my heart ache at times, but I also laughed out loud, felt fierce joy and camaraderie. (The ending especially gave me ALL the feels!) I will say that Zafira’s loss of her father was much more poignant to me after losing my dad last August. There’s a part where Zafira says “When we buried Baba five years ago, we buried part of Ummi, too. She’s been dead for as long as Baba has. She loved us, but not the way she loved Baba.” I fucking broke down crying, because that is exactly what happened with my mom. Then there’s another line: “…she had seen firsthand what death could do to a family. How it could drive knives between bonds, sharpen grief into weapons.” Poignant for me as well. Just writing those passages in this review made me tear up again.

P.S. I need a re-read via audio because Steve West and Fiona Hardingham are PERFECT together and I loved the audio of WHtF!

P.P.S. HAFASH CAN WE PLEASE HAVE AN ALTAIR/YASMINE SPIN OFF RIGHT MEOW. Pleeeeeaaaaase? *puppy eyes*

Hope was the beast that could never be slain, the light that blazed in every harrowing dark. A person without hope is a body without a soul. 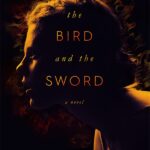 One response to “ARC Review: We Free the Stars by Hafsah Faizal”