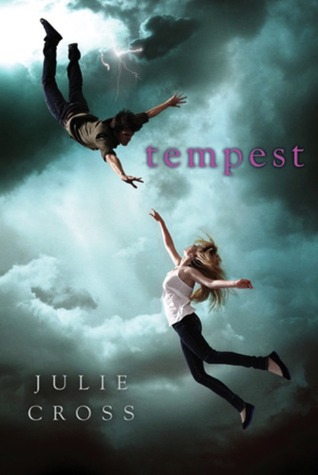 The year is 2009.  Nineteen-year-old Jackson Meyer is a normal guy… he’s in college, has a girlfriend… and he can travel back through time. But it’s not like the movies – nothing changes in the present after his jumps, there’s no space-time continuum issues or broken flux capacitors – it’s just harmless fun.

That is… until the day strangers burst in on Jackson and his girlfriend, Holly, and during a struggle with Jackson, Holly is fatally shot. In his panic, Jackson jumps back two years to 2007, but this is not like his previous time jumps. Now he’s stuck in 2007 and can’t get back to the future.

Desperate to somehow return to 2009 to save Holly but unable to return to his rightful year, Jackson settles into 2007 and learns what he can about his abilities.

But it’s not long before the people who shot Holly in 2009 come looking for Jackson in the past, and these “Enemies of Time” will stop at nothing to recruit this powerful young time-traveler.  Recruit… or kill him.

Piecing together the clues about his father, the Enemies of Time, and himself, Jackson must decide how far he’s willing to go to save Holly… and possibly the entire world.

I wanted to love this book. I really did. But honestly, it just gave me a headache.

The idea of time-traveling fascinates me. But, the subject is tricky because of the high possibility (or with this one, probability) of confusion. I had a hard time not comparing this to Hourglass, which I read only last month and loved. Unfortunately, Tempest was just a tiny shadow in the blazing glory of Hourglass. (Yes I know, comparing is bad. Sorry.) So many people loved this book, I feel like a total hater. 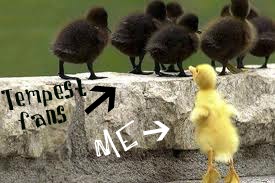 I’m going to start with the things I liked. Maybe that will make me feel better.
I really appreciated the time and date at the start of chapters. Mainly because it helped with the confusion. Jackson jumped around so much I’d never have been able to keep up if those nerfty little times hadn’t been printed in there.
I liked the fresh take on time travel, even though it didn’t really make sense. You can go in the past and shoot someone and they die, but nothing really happens and they don’t really die? Yeah, okay. Whatever you say. But it was new and different, so I accepted it. And, it turned out that there was a real reason for it.
I liked how Jackson had to win over the 007 Holly all over again. The fact that it worked and they ended up together despite the time difference was cute.

I loved the concept. Just not the delivery. A lot of things weren’t thoroughly or properly explained and I thought my head was going to start bleeding from all the scratching I was doing. I couldn’t wrap my brain around it because it didn’t make a whole lot of sense. The plot was a bit erratic. The book didn’t seem to have any structure at all; happenings were just randomly strewn about. There was waaaay too much time travelling which was basically just jumping around all over hell and creation. Then, to add to that perplexity, there was fleeting talk of different ‘timelines’ – lives branching off in different ways – and alternate dimensions, but never got in depth enough to explain. I think my head almost exploded a couple times.

The two different sides of this – thing – war? or…something…hell if I know – were a little hazy. There’s Tempest, the good guys (maybe? I think?) and the EOTs, the bad guys (I guess? Who knows…). EOT = Enemies of Time…real creative, right? Eyeroll. Then there’s the whole prospect of time travelling leading to DOOM, DOOM, DOOM! There I go, thinking of GIR again. Anywaaay, it reminded me a lot of the sides in Jumper, only a little bit cheesier.

Something that bothered me was the sex. There was an awful lot of it in the book for being considered YA fiction. The book made it seem like sex was overly important in a relationship. In fact, up until the end, it seemed like that’s what Jackson and Holly’s relationship was based on. He freaks out about her being a virgin at 19 – nineteen! – like that’s such a big friggin’ deal. That’s still pretty young. So she kept her innocence, who cares?
Both of their characters were… likable, I guess, but didn’t elicit any compassion. They weren’t compelling at all. And the romance was a total flop. Probably mostly because it seemed to be all about lust instead of “love,” but also because it was boring. It got a lot better towards the end when Jackson started truly realizing how he felt about her. But still. No swooning here.

I can see how so many people liked this book. As I said, the concept is great as long as you can overlook the plot holes and don’t need any kind of connection to the characters you read. But a lot of ideas in it were neat and it was a pretty fast paced read. On the other hand, I can see how some people could hate it as well. Along with the complaints that I had, I’ve seen a lot of complaints about the sexism. The ‘feminist’ comments towards Holly’s friend could definitely be found offensive. I personally wasn’t bothered by it because it seemed to be more of a joke than anything. But being a feminist doesn’t make you a ‘man hater.’ Also, Jackson wasn’t really a convincing male voice. At times it was painfully obvious that he was the figment of a woman’s imagination.

All in all, I guess I’m the middle ground. It still had redeeming qualities, but only amounted to mediocre in my opinion.

Plot: 2/5
Strewn together haphazardly.
Writing style: 3/5
Characters: 2/5
Couldn’t relate, not convincing.
World-building: 2/5
Too many things didn’t make sense.
Pace: 4/5
Cover: 5/5
Overall rating: 2.5/5
Mediocre for me, but you should still give it a try. Plenty of people loved it.