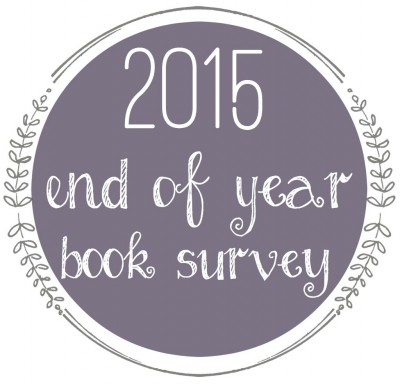 Number of books you read: 95
Number of re-reads: 11
Genre you read the most from: Sci-fi

Nothing can beat the Wayfarer Redemption series, but it was a re-read so I’m gonna go with In the Afterlight by Alexandra Bracken or The Girl at Midnight by Grey!

2. Book you were excited about & thought you were going to love more but didn’t?
A Court of Thorns and Roses was by far my biggest disappointment this year. I hated it! Truthwitch by Susan Dennard, Red Queen by Victoria Aveyard, The Retribution of Mara Dyer by Michelle Hodkin, and The Orphan Queen by Jodi Meadows were some others that were a huge letdown. All of them ruined by The Hype Monster. Another that I was super disappointed in was The Rose Society by Marie Lu. I loved The Young Elites, but I didn’t care much for the 2nd book at all =/

3. Most surprising (in a good way or bad way) book you read in 2015?
The DUFF by Kodi Keplinger. I honestly wasn’t even sure I’d like it, and I loved it! I connected to the main character in a way I hadn’t expected at all!

7. Best book from a genre you don’t typically read/was out of your comfort zone?
Probably The DUFF. I rarely ever read contemporaries. Walk on Earth a Stranger was really good too, despite being Historical!

8. Most action-packed/thrilling/unputdownable book of the year?
Illuminae!

9. Book you read in 2015 that you are most likely to re-read next year?
Girl at Midnight by Melissa Grey

12. Most beautifully written book read in 2015?
Illuminae. It’s like nothing I’ve ever read, it was brilliant!

13. Most thought-provoking / life-changing book of 2015?
This Song Will Save Your Life by Leila Sales. Very profound book!

14. Book you can’t believe you waited UNTIL 2015 to finally read?
Graceling by Kristin Cashore. Sadly I was disappointed =/

Sometimes people think they know you. They know a few facts about you, and they piece you together in a way that makes sense to them. And if you don’t know yourself very well, you might even believe that they are right. But the truth is, that isn’t you. That isn’t you at all.

–From This Song Will Save Your Life by Leila Sales

16. Shortest & longest book you read in 2015?
Shortest: Praying for Rain by Jay Kristoff (novella) – 19 pages
Longest: Harry Potter and the Order of the Phoenix – 870 pages

17. Book that shocked you the most?
Raging Star by Moira Young. Holy twists batman!

18. OTP OF THE YEAR (you will go down with this ship!)
Alyssa and Morpheus ;)

20. Favorite book you read in 2015 from an author you’ve read previously?
In the Afterlight by Alexandra Bracken

21. Best book you read in 2015 that you read based SOLELY on a recommendation from somebody else/peer pressure:
Solely? Honestly, I wouldn’t read anything if I wasn’t interested in it already >.<

22. Newest fictional crush from a book you read in 2015?
Hmm, probably Caius from Girl at Midnight

25. Book that put a smile on your face/was the most fun to read?
That’s a tie between the Julie Kagawa books and the Gena Showalter books. Love those ladies’ snarky characters!!

26. Book that made you cry (or nearly cry) in 2015?
In the Afterlight by Alexandra Bracken, Off the Page by Jodi Picoult, Illuminae by Jay Kristoff/Amie Kaufman, Queen of Zombie Hearts by Gena Showalter, The Last Stormdancer by Jay Kristoff, and a couple of the Harry Potter books

27. Hidden gem of the year?
Probably The DUFF. I never expected to like it so much!

28. Book that crushed your soul?
Hmm, probably Harry Potter and the Deathly Hallows

29. Most unique book in 2015?
Illuminae for the way it’s written, Ready Player One by Ernest Cline for the story

30. Book that made you the most angry (doesn’t necessarily mean you didn’t like it)?
A Court of Thorns and Roses, and in this case it does mean I don’t like it lol!

1. New favorite book blog you discovered in 2015?
Oh my goodness, I don’t think I even discovered any new ones. I was pretty absent in the blogging world this year :(

2. Favorite review that you wrote in 2015?
I don’t know, A Court of Thorns and Roses, I guess? Since I’m one of the only people who ranted about it…

3. Best discussion/non-review post you had on your blog?
Don’t Be Afraid to be Yourself in YOUR Reviews!

7. Most popular post this year on your blog (whether it be by comments or views)?
Upcoming & Optioned YA Book to Movie Adaptations

8. Post you wished got a little more love?
My Avenged Sevenfold book tag ;)

2. Book you are most anticipating in 2016 (non-debut)?
Passenger by Alexandra Bracken! I am DYING to read that damn book!

3. 2016 debut you are most anticipating?
I don’t know, honestly! There’s not any debuts that I’m dying to read. There’s not many debuts I’ve found that interest me at all, actually. Into the Dim looks good, I guess?

4. Series ending/sequel you are most anticipating in 2016?
The second book of The Illuminae Files and The Shadow Hour by Melissa Grey!

5. One thing you hope to accomplish or do in your reading/blogging life in 2016?
Do more of it? I feel like I sucked at blogging this year :(

6. A 2016 release you’ve already read & recommend to everyone:
Reign of Shadows by Sophie Jordan. It was epic!! 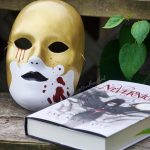 Tutorial & Giveaway: How to Make a Nevernight Inspired Mask 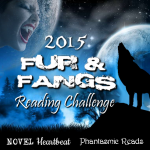