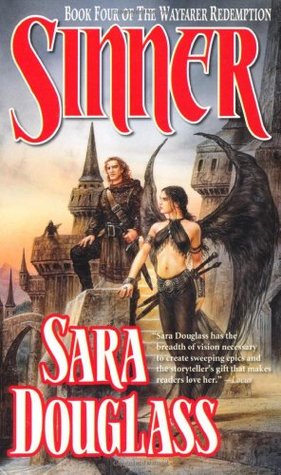 The land of Tencendor has been united for more than forty years, thanks to Axis, who is the legendary Starman. He defeated Gorgrael and brought peace to the three races--and upon fulfilling his destiny, Axis and his consort Azhure retired to the ethereal sphere in the heavens, and ceded his authority to their son Caelum.

But the path of the son is not necessarily that of the father. Caelum is untried and has known nothing but peace during his lifetime. And while the three races seem to be at peace, there are undercurrents of jealousy and bitter memories buried just beneath the surface.

So when strange powers begin to manifest in their world, and threaten the destruction of all he holds dear, Caelum will have to find the strength to fight this threat--and to fight his mortal brother Drago, who is not as powerless as he appears to be. Something killed their sister, and Caelum knows Drago is the culprit--but the Supreme Ruler of the land must have proof, and Caelum has none.

Caelum desperately tries to juggle saving the world with proving his brother killed their sister, but time grows short and the demons are drawing near...

This book moves into the second story arc of the series. You can tell that it was originally supposed to be a trilogy – by itself, the first three books are a complete story. But, unlike some series that continue after they were supposed to stop, it doesn’t feel like beating a dead horse. Like they were squeezing all the life they possibly could get out of the series. It’s just a new story line! It’s 40 years into the future, and it’s the next generation of characters. (It’s almost more of a spin-off series than part of the original series!)

All of the sons and daughters of the characters in the first story arc have grown, and it follows them. Some of the characters I loved are now dead and gone (Belial and Rivkah, for instance) due to old age. View Spoiler »Axis and Azhure have taken their place among the Star Gods, and no longer dabble in mortal affairs. « Hide SpoilerAxis and Azhure are practically untouchable entities, and I’d forgotten how different I viewed them in the second story arc. They’re almost cold and unfeeling – and I actually kind of started to dislike them. Their apathy for their children’s troubles made me hate them a little! There was also a bit of distaste for Caelum. He’s kind of an ass – I mean, I know what happened as a baby shaped him as a man, but still. He’s got issues! And WolfStar. UGH.

View Spoiler »Zenith’s plight was just as rough the second time around. I felt so bad for her as Niah took over her body, letting WolfStar rape her. But, I love how she defeated Niah and trapped her in the fetus. Although, that part was pretty fucked up!! « Hide Spoiler

The conflict between the SunSoar children is insane! I forgot how crazy that family was, ha. I also forgot how much of a heartless bitch RiverStar was. I wanted to punch her! Surprisingly though, Drago’s story inspires sympathy, despite what he did when he was DragonStar.

Like with the first story arc, it was interesting to know all of the secrets. RiverStar going on about a special (probably SunSoar) lover. The murder. The dreams Drago and Caelum have. Knowing what they mean and what’s going to happen made me nod and smile to myself!

The TimeKeeper demons are freaking creepy! That was something I didn’t really look forward to reading again. They’re super disturbing, and the inevitable destruction they brought sucked just as much the second time around. This story arc is very, very dark. 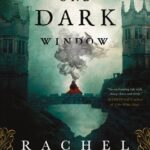 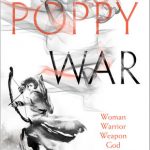