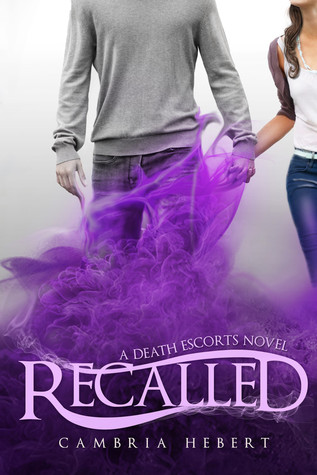 Love or Death? A simple question really. The choice seems obvious. But. What if you never knew love, what if your life was spent just trying to survive? What if you knew your fate before you were fully grown?

And then you died.

And you were given another chance. A better chance.

And now you are left holding the fate of someone else in the palm of your hand and you have to make the ultimate choice.

As far as reaper books go, this one is on the high end for me. In fact, I don’t usually like them, so I’ve been looking for one that I could enjoy. And I did enjoy this one, even though it was more of a love story than a book about reapers.

I really liked Dex. He was what made me enjoy this book! There was clear development in his character (especially in the end) and he was definitely the most complex character in the book. He came from a rough background so he was able to appreciate what he’d been given. He acted like a hard-ass, but he was actually a sweetheart.

I didn’t have a problem with Piper, but for most of the novel I couldn’t really connect with her. She was nice, but a bit naive and too trusting. Although toward the end she did earn my respect because she proved that she wasn’t as meek as I thought she was. She could be a fighter when she needed to be!

There weren’t many other characters, just the stuffy butler, Hobbs, and Piper’s best friend, Frankie. I did like Frankie a lot because she reminded me of Vee Sky from the Hush, Hush series. Curvy and spunky!

The romance was perfect for me. It moved at just the right pace and developed slowly enough that it seemed realistic. Plus Dex was supposed to kill her and unintentionally developed an attachment to Piper…I love those kind of stories! She didn’t matter to him at first, but as he tried to get closer to her to find an opportunity to take her out, he found it harder and harder to go through with it. I found it amusing that he was pretty much in denial – to the reader it was obvious he was getting attached and that’s why he had numerous botched murder attempts.

I don’t have much more to say other than I liked it but it didn’t wow me. There wasn’t really much going on, to be honest. There was some action in the parts where Piper had her near death experiences, but looking back I feel like nothing really happened. I would have liked to see more of the Grim Reaper and the world of Escorts rather than just the few short glimpses that we got.

I was surprised by the ending and a certain character’s role in the book! I definitely didn’t see that coming. I’m not exactly sure I’m satisfied with the ending, but it worked out and it was a logical conclusion. 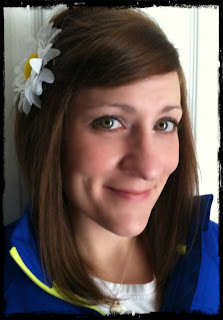 Author. Blogger. Latte Sipper.
Cambria Hebert is an author who wrote her first book at the age of fifteen. It was terrible. But the passion for writing never went away so years later when she opened her laptop and started typing she worked until she wrote a book that she hopes everyone will be as excited about as she is.
Cambria is obsessed with werewolves and is terrified of chickens (they are creepy!)She is an animal lover that would choose coffee over food and her favorite TV show is the Vampire Diaries (Hell-O Damon!)
Website | Goodreads | Twitter | Facebook 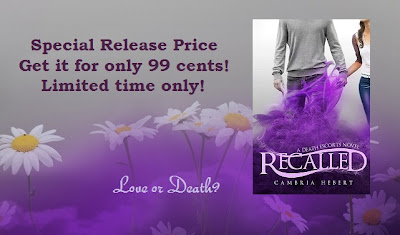