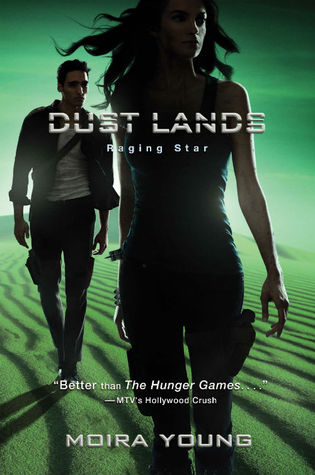 Her passion kept them alive. Now it may destroy them all.

Saba is ready to seize her destiny and defeat DeMalo...until she meets him and finds herself drawn to the man and his vision of a healed earth, a New Eden. DeMalo wants Saba to join him, in life and work, to build a stable, sustainable world…for the chosen few. The young and the healthy. Under his control.

Jack’s choice is clear: to fight DeMalo and try to stop New Eden. Presumed dead, he's gone undercover, feeding Saba crucial information in secret meetings. Saba hides her connection with DeMalo and commits herself to the fight. Joined by her brother, Lugh, and her sister, Emmi, Saba leads a small guerilla band against the settlers and the Tonton militia. But the odds are overwhelming. Saba knows how to fight—she's not called the Angel of Death for nothing. But what can she do when the fight cannot be won? Then DeMalo offers Saba a chance—a seductive chance she may not be able to refuse. How much will she sacrifice to save the people she loves?

[Lots of spoilers ahead, but all are in tags. DO NOT CLICK THEM IF YOU HAVEN’T READ THE BOOK. No, seriously. They will ruin it for you because they are doozies. Just don’t do it, man.]

For the majority of this book, I feel like there wasn’t really anything happening. I got fairly bored with the audio because it was moving at a snail’s pace. I listened to it while traveling to Florida, and I actually had to turn it off at one point because it was lulling me to sleep!

The ending delivered though, holy crap! I’m still kind of in shock from the way everything happened. It’s definitely not what I expected, and I honestly love the direction that Young took things. The ending is honestly what saved this series for me. View Spoiler »For Saba to go through all of that, only to lose Emmi and Lugh? Holy shit, man. She fought so hard for them and she still lost them. It’s like Mockingjay all over again. (The tagline does say her passion may destroy them all… *cries*) I saw Emmi’s death coming because I just had this feeling when they were escaping with the other kids. But it still really sucked. Lugh’s death, however, took me totally by surprise. I mean seriously, how freaking awful is that?! I was sobbing while I was driving because it was just so terrible, and I didn’t realize how attached I was to the characters, especially Emmi. (Like I said, Heather Lind really brings them to life!) « Hide Spoiler

DEMALO WTF. I’m actually really not thrilled at the way his character changed in this book (or I guess, his true colors finally showed, but still). He ended up being so creepy and….fanatical. He was a downright terrible person in this book, and before he seemed like he was just an antihero; he still had some good in him. It kind of broke my heart a little, because I was really drawn to him in the beginning of the series. View Spoiler »And the way he died!! WHAT THE ACTUAL HELL DUDE. I was shocked speechless when Saba bashed his head in and he just died…like wtf O___O « Hide Spoiler

I liked that there was a bit of mystery in there with the traitor in the camp. With it being done in third person, but from the traitor’s POV, you have no clue who he is. There was absolutely nothing to give him away, and it kept me guessing the whole time. I thought I had it figured out, but it turns out I was wrong! View Spoiler »I was so sure it was Tommo! He acted a bit on the shady side in the middle of the series, and I was sure he was getting back at Saba for playing with his feelings. WHO THE HELL KNEW HE WOULD TURN OUT TO BE DEMALO’S LOST SON. And not only that, but IT WAS LUGH THAT WAS THE TRAITOR. What the actual fuck, Lugh?! I mean, he thought he was doing the right thing but WHAT THE ACTUAL FUCK, LUGH?!?! And furthermore SABA IS PREGNANT BUT MISCARRIES AND MOLLY WAS BANGING LUGH (which I actually thought was Tommo there for a while, gross) WTF my brain can’t take anymore x_x « Hide Spoiler Like wtfffff there were so many mind blowing things at the end of this book I can’t even. I love that Young was able to broadside me like that, I never saw it coming!!

I was still not ok with Tommo’s feelings for Saba. He’s way too young for her, for one – he’s, what, fifteen? View Spoiler »WHOOAAA wait a minute, wouldn’t that make DeMalo in his freaking early 30’s, unless he had Tommo when he was like 12?! And Saba did the dirty with him, and she’s like 17? Maybe 18? Ewww what the hell dude O_O « Hide Spoiler And she’s 17 or 18? Plus it bugged me that three different guys were sniffing after Saba. I’m surprised her own brother didn’t like her.

View Spoiler »I do love that Saba finally got to be with Jack in the end, though! They were having a really rough time there for a while, and I was pretty sad that Jack turned his back on her because of her association with DeMalo. I mean, I understand that he’s upset with her for sleeping with the guy…that was pretty messed up. But I wasn’t okay with them not being together! « Hide Spoiler

Overall, despite the slow pace, I liked this one better than the last one. Still didn’t have the magic of Blood Red Road, but it was a heartbreaking and bittersweet end and I value that kind of ending. I honestly think most people would hate this particular ending though, so proceed at your own risk!

Despite being bored by the audio, it was the saving point of this book. Heather Lind is SUCH a talented narrator, she does a fabulous job of bringing the world and all the characters to life! She’s great at voices. She’s got a distinct voice for each and every character, even the interesting voice of Slim and the childish voice of Emmi. Not to mention she does a wonderful job of making the uneducated way Saba speaks completely normal and convincing. She nailed it! I honestly can’t read this series because of the awful grammar and lack of quotation marks. I think it’s interesting, and I love that it’s unusual, but damn it makes my poor brain hurt.

How did you find me? The heartstone? he says.
I look into his eyes. His silver moonlight eyes. The still calmwater heart of him.
I don’t need no stone to find you. I’d find you anywhere, I says. 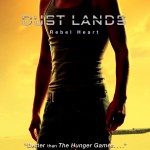