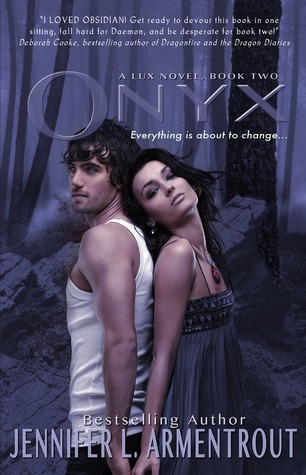 Being connected to Daemon Black sucks…

Thanks to his alien mojo, Daemon’s determined to prove what he feels for me is more than a product of our bizarro connection. So I’ve sworn him off, even though he’s running more hot than cold these days. But we’ve got bigger problems.

Something worse than the Arum has come to town…

The Department of Defense are here. If they ever find out what Daemon can do and that we're linked, I’m a goner. So is he. And there's this new boy in school who’s got a secret of his own. He knows what’s happened to me and he can help, but to do so, I have to lie to Daemon and stay away from him. Like that's possible. Against all common sense, I'm falling for Daemon. Hard.

But then everything changes…

I’ve seen someone who shouldn’t be alive. And I have to tell Daemon, even though I know he’s never going to stop searching until he gets the truth. What happened to his brother? Who betrayed him? And what does the DOD want from them—from me?

No one is who they seem. And not everyone will survive the lies…

When I first finished this book, my brain was jelly. It squashed my brain function, leaving me staring at the ceiling! I’ve been dying to read this one and I received it in the mail a week ago, but I had other books lined up that I needed to get done first. You know when you read a book and you’re so hyped about the next one, then you get it and suddenly you’re afraid to read it because you don’t want to be disappointed? Well, my worry was for nothing, because Jennifer knows how to deliver. I shouldn’t have doubted!

I think I said this in my review of Obsidian, but I love the fact that Katy is a book blogger. So, maybe JLA was trying to earn brownie points by using that…well, it worked on me! The passing mentions of In My Mailbox and vlogs and reviews was fantastic! I especially loved the mentions of books she was reading, and the greatest part was knowing exactly what she was talking about (um, hellooo Shattered Souls and Soul Screamers). I had a total nerd moment in every one of those parts!

I like Katy as a lead, but she kinda irked me at times in this one. When Blake came into play, I was like, Oh God please tell me there’s not going to be a love triangle. Surely Katy can’t be that dumb. Every time she was with Blake my mind was screaming DAEMON!! WHAT ABOUT DAEMON?!?!!! NO ME GUSTAAAA!  Plus, the part where Daemon asked her to trust him and stop what she was doing, and she basically ignored him and kept doing it. I kinda hated her for that. And because of the outcome that her going through with it caused.

Daemon. Ohhh, Daemon. I forgot how much I missed him since I finished Obsidian. I love his sarcastic, arrogant, pain-in-the-ass self. He put up with so much crap from Katy in this book that I adore him even more for staying by her side. His protectiveness of her is so adorable, even though she hated it. I kinda wanted him to pummel Blake. Speaking of that, it cracked me up how Daemon always used different B names, anything but ‘Blake.’ And it was obvious he was doing it on purpose, which made it even funnier.

By the way if you pick this one up, DO NOT READ DAEMON’S POV UNTIL AFTER YOU FINISH THE BOOK. I made the mistake of letting his POV entice me into reading it before I was halfway through, and completely ruined something major for myself. I feel like when that big moment came I was robbed of the high emotion I would have felt had I not known it was coming. It still got to me, but I’m pretty sure if it would have been a surprise I would have cried. But I didn’t. Because I already knew it was coming, so I was just bracing myself for the inevitable.

I still teared up toward the end…I won’t give any spoilers. But Ahhhhhh, swoon!! Ohmilord. And I must say, it’s about freaking time. Did I mention I love Daemon?

This book was SO full of twists and turns! A few of them I suspected before it actually happened, but still. Wowza!! What a tangled web of secrets and lies! And the whole revelation involving Bethany and Dawson…wow. That’s all I’m going to say. Just wow. And the ending….whuuuuuuhhhhh. How can you just leave it like that? HOW?!! I need Opal. I need it or my head will explode! (that happens to me sometimes.)