Zachary Ezra Rawlins is a graduate student in Vermont when he discovers a mysterious book hidden in the stacks. As he turns the pages, entranced by tales of lovelorn prisoners, key collectors, and nameless acolytes, he reads something strange: a story from his own childhood. Bewildered by this inexplicable book and desperate to make sense of how his own life came to be recorded, Zachary uncovers a series of clues—a bee, a key, and a sword—that lead him to a masquerade party in New York, to a secret club, and through a doorway to an ancient library hidden far below the surface of the earth. What Zachary finds in this curious place is more than just a buried home for books and their guardians—it is a place of lost cities and seas, lovers who pass notes under doors and across time, and of stories whispered by the dead. Zachary learns of those who have sacrificed much to protect this realm, relinquishing their sight and their tongues to preserve this archive, and also of those who are intent on its destruction. Together with Mirabel, a fierce, pink-haired protector of the place, and Dorian, a handsome, barefoot man with shifting alliances, Zachary travels the twisting tunnels, darkened stairwells, crowded ballrooms, and sweetly soaked shores of this magical world, discovering his purpose—in both the mysterious book and in his own life.

I felt like I was on drugs reading this book. Either I was on drugs reading it, or the author was on drugs writing it. Don’t get me wrong, I like weird. And this book was nothing if not unique. But sometimes the wtfery got a bit thick even for me, and more than once while listening I said out loud, “wait, what?” or “I don’t even know what the hell is going on.” There were a couple times I had to go back a little because I thought I missed something, and I didn’t. This book is abstract to the point of being almost nonsensical at times.

I wanted SO BADLY to love this book. It’s got plenty of things that would make it a “me” book – stories and cats and magical portal worlds – but it just fell completely flat. This book was a chore, to be honest. I listened for two straight days at work, and by the end of the second day I was only 68% through it. HOW?! The audiobook is 19 hours long, I listen at 1.6x speed, and my work days are 6 hours minimum sooo I don’t know why the heck it took so long?! It’s as strange as the book itself was. This book took FOREVER. The pacing is not great…in fact, it’s rather plodding. Which is also odd, because there’s tons of stuff happening constantly but it felt like there was no actual plot?? I wasn’t invested at ALL, despite being super intrigued by the peculiar premise and dreamlike stories. The stories and doors and the Starless Sea were actually quite interesting, but the writing was horribly dry and bland and so were the characters. They were all extremely stiff to me, so I never connected with any of them. They all felt exactly the same with little to no personality to speak of other than maybe a few quirks. I just didn’t care about anything that was happening. View Spoiler »I did gasp out lout when Dorian stabbed Zachary, though; so there is that, I suppose. That was the first and literally only emotion I felt in this ENTIRE book. « Hide Spoiler

I actually tried to read this a year or so ago and couldn’t focus on it or wasn’t in the mood. I picked it up again after it was compared to The Ten Thousand Doors of January (which is one of my all time faves) in a book club meeting; and also because the audiobook had a great cast, including Bahni Turpin and Fiona Hardingham (two of my faves). Imagine my disappointment when almost the ENTIRE book was narrated by the same dull narrator. In fact, it was at least 80% before Bahni Turpin even made an appearance. I did enjoy Fiona’s parts, though, which were thankfully more abundant than Bahni’s. I just wasn’t a huge fan of the main male narrator, Dominic Hoffman. He didn’t evoke the emotion that I like to have from a really good audiobook. I was severely disappointed. I kind of wish I had DNFed after that second day when I realized I was only 68% through. This book was exhausting.

Back to the Ten Thousand Doors comparison – I do see the resemblance because of the Doors and the secret Society that wants to close them, but that’s where it stopped for me. This book simply did not have the aching beauty that TTTD held. Harrow’s writing is exquisite and magical, and to me Morgenstern’s was very dry and bland and lacked that emotion. Or any emotion. The ending also didn’t have that glorious coming together, puzzle-pieces-falling-into-place, wrapped-up-with-a-perfect-little-bow feeling of TTTD, either. I was left feeling rather underwhelmed and dissatisfied with this ending. And this is exactly why I hate comparing books to other books. It seems unfair, doesn’t it? Those were some big shoes to fill, and Starless Sea didn’t ever come close to filling them. 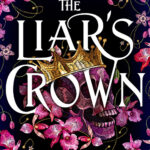