I’m afraid to say that this month has been a God awful reading month for me. I’ve started at least 4 books that I haven’t seen all the way through. I don’t think I’ve ever had more than 1 a month. As of today, I seriously haven’t finished a book in SEVENTEEN DAYS. That’s extremely bad (for me, anyway). I don’t think I’ve gone more than a few days without finishing a book in over a year. At least since I started blogging.

To make myself feel better, I’m going to blame the fact that the last three books I finished were Days of Blood and Starlight (amazing), Stormdancer (epic), and before that ICED (awesomely epic), leaving me with a triple book hangover the size of Africa. How can anything else compare after all that awesomesauce? That’s my excuse and I’m stickin’ to it!

Anyway, here are three of them; the other was Zom-B, which I had enough complaint material to write a full DNF review. Cassandra Palmer can see the future and communicate with spirits—talents that make her attractive to the dead and the undead. The ghosts of the dead aren’t usually dangerous; they just like to talk…a lot.

The undead are another matter.

Like any sensible girl, Cassie tries to avoid vampires. But when the bloodsucking mafioso she escaped three years ago finds Cassie again with vengeance on his mind, she’s forced to turn to the vampire Senate for protection.

The undead senators won’t help her for nothing, and Cassie finds herself working with one of their most powerful members, a dangerously seductive master vampire—and the price he demands may be more than Cassie is willing to pay….

I had really been looking forward to this one, but I’m afraid it was a flop for me. I read 100 pages and frankly there seemed to be little to no plot. Even that far in I still didn’t know what the hell was going on, and now after a matter of just a few days, I couldn’t even begin to tell you what happened in those 100 pages. I just couldn’t get into it, and it was altogether forgettable for me. Maybe some day I’ll try again. As an obedient orphan of the U.N.A. (the super-country that was once Mexico, the U.S., and Canada), Alenna learned at an early age to blend in and be quiet—having your parents taken by the police will do that to a girl. But Alenna can’t help but stand out when she fails a test that all sixteen-year-olds have to take: The test says she has a high capacity for brutal violence, and so she is sent to The Wheel, an island where all would-be criminals end up.

The life expectancy of prisoners on The Wheel is just two years, but with dirty, violent, and chaotic conditions, the time seems a lot longer as Alenna is forced to deal with civil wars for land ownership and machines that snatch kids out of their makeshift homes. Desperate, she and the other prisoners concoct a potentially fatal plan to flee the island. Survival may seem impossible, but Alenna is determined to achieve it anyway.

I made it about 160 pages in, and I just couldn’t bring myself to finish. I tried for 2 weeks, and not only did I need to return it to the library, but I felt it was time to move on to something else.

Not halfway through the book, the main character says she’s ‘fallen for him’ after just meeting the dude and only talking to him 2 or 3 times. YOU CANNOT LOVE SOMEONE YOU DON’T EVEN KNOW. This ruined the book for me. It’s a shame, too, because I was actually enjoying it before that. The story had great potential.

Maybe someday I’ll try this one again, too, but for now there are too many other books in the sea to read cheesy instalove.

She’s an Agent of Death who really needs to get a life.

As an Agent of Death, Madeline Black is responsible for escorting the souls of the dearly departed to the afterlife. It’s a 24/7 job with a lousy benefits package.

Maddy’s position may come with magical powers and an impressive wingspan, but it doesn’t pay the bills. And then there are her infuriating boss, tenant woes, and a cranky, popcorn-loving gargoyle to contend with.

Things start looking up, though, when tall, dark, and handsome Gabriel Angeloscuro agrees to rent the empty apartment in Maddy’s building. It’s probably just a coincidence that as soon as he moves in demons appear on the front lawn. But when an unholy monster is unleashed upon the streets of Chicago, Maddy discovers powers she never knew she possessed. Powers linked to a family legacy of tarnished halos.

In the very first scene, it kept going on and on about how the old deceased lady’s kitties were going to start eating her. And then the cats actually started nibbling on the dead body. CATS DO NOT EAT PEOPLE. Jesus.

I made it a whopping 5 pages through this one. I will more than likely pick it up again (hopefully I can get past the man-eating felines) because I didn’t really give it a fighting chance, but at this time I just don’t feel like reading it. Le sigh. 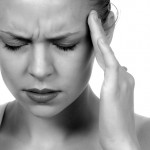 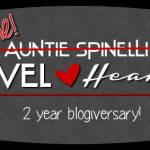