On the night of Skye’s seventeenth birthday, she meets two enigmatic strangers. Complete opposites—like fire and ice—Asher is dark and wild, while Devin is fair and aloof. Their sudden appearance sends Skye’s life into a tailspin. She has no idea what they want, or why they seem to follow her every move—only that their presence coincides with a flurry of strange events. Soon she begins to doubt not just the identity of the two boys, but also the truth about her own past.

In the dead of a bitingly cold Colorado winter, Skye finds herself coming to terms with the impossible secret that threatens to shatter her world. Torn between Asher, who she can’t help falling for, and Devin, who she can’t stay away from, the consequences of Skye’s choice will reach further than the three of them could ever imagine.

This one just wasn’t for me. I typically despise love triangles, but have been trying to find a story with one that I can get into, maybe even pick a side. But this one…ugh. They both came out of nowhere and had some creepy insta-connection (instalust? hmm) with Skye. And she starts pining for both of them at the same time, even though she doesn’t know them AT ALL. She attached to both of them immediately, despite her charade of trying to fight the ‘connection.’ And she pretty much tells Asher off, then gets jealous because he talks to another girl. Skye just irked me. She was a weak and vapid lead.
The romance, or whatever the hell it was, came on a little too strong for me. I don’t really dig the creepy-stare-at-you-stalker type. Or the flirt-with-everything-that-has-a-chacha asshat type. Sorry.

I don’t feel inclined to continue reading. Even my mom picked up on the fact that I was so NOT enjoying it (you know, due to heavy sighs and ‘ughs’). I’m not officially rating this because I only read 170 pages, but if I had to? It’d be a 1 star performance at best.

For seventeen years, Eloise Hart had no idea the world of Faery even existed. Now she has been abducted and trapped in the Rath of Lord Strahan, King of Faery. Strahan was only meant to rule for seven years, as Faery tradition dictates, and then give up his crown to another. But he won’t comply, and now chaos threatens both worlds.
The only one who can break his stranglehold on the Faery court is his wife. . . Eloise’s aunt Antonia. Using Eloise to lure Antonia, Strahan captures his wife, desperate to end the only threat to his reign. Now Eloise must become the rescuer. Together with her best friends Jo and Devin, she must forge alliances with other Fae, including a gorgeous protector named Lucas, and Strahan’s mysterious son, Eldric-who may or may not betray them.

I really should have written this when I first put the book down. It’s been about 2 weeks and I honestly don’t remember much at all. That’s how forgettable the book was for me. Thank goodness I took notes!

I tried to get into this one. I really did. My first problem was the switching views. Usually I love this in a book, but not with Stolen Away. It switched between Eloise and Jo, and it was just confusing because I couldn’t tell the difference from one POV to the other. I would be a few pages into the chapter and someone would call the narrator by name and I’d be like, “Wait, what? I thought I was reading the other girl…”
The characters were all the same and didn’t have their own individual personalities.

The writing was a bit sophomoric for me, and a lot of the happenings were absurd. Like, Eloise was out in the woods and an old lady appeared and started throwing acorns at her. So she threw them back. Uhhh? She was out with her friends and some guy she’s never met comes and kneels before her. Or, Jo keeps talking to this mystery guy, she gets his number and invites him to her house…but she doesn’t even know his name. Riiiiight.
Lucas was just plain weird and creepy. It seemed like he was only there because the story needed a ‘protector,’ and his only quality was being gorgeous.

I feel like the intro to the Fae world could have been handled differently. It wasn’t convincing and the story didn’t sell for me. Even with the fairly short length, I was barely able to make it halfway. 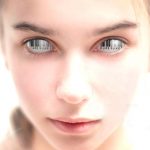