« Review: I Hunt Killers by Barry Lyga
Review: Something Strange and Deadly by Susan Dennard »
Posted by Jessi (Geo) on July 25, 2012 | 5 Comments 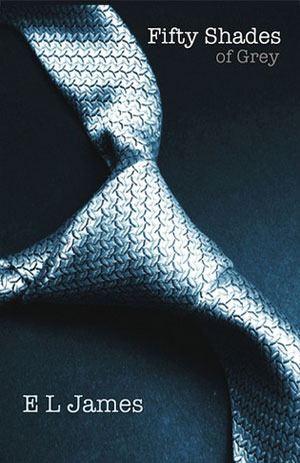 When literature student Anastasia Steele goes to interview young entrepreneur Christian Grey, she encounters a man who is beautiful, brilliant, and intimidating. The unworldly, innocent Ana is startled to realize she wants this man and, despite his enigmatic reserve, finds she is desperate to get close to him. Unable to resist Ana’s quiet beauty, wit, and independent spirit, Grey admits he wants her, too—but on his own terms.

This book is intended for mature audiences.

I’m not exactly sure, even as I’m typing, how to go about writing this review. Even after finishing this book I don’t quite know how I feel about it. Do I love it? Hate it? I suppose I’m sort of on the fence on this one. I’m hovering somewhere in between the black and white…in the Grey. Ha – see what I did there? *ahem* But seriously.
First of all, this was my very first erotica. Sure, I’ve read books with sex in them (paranormal romance such as Kenyon), but nothing this…this…controversial? It was also my first foray into the BDSM world. So, in a nutshell, reading this book was a major step outside of my literary comfort zone. And I must say, I’m pleasantly surprised.

Oh, don’t get me wrong, there were times where I stopped and asked myself, Geo, why the f*ck are you reading this?!  Because there were parts where I was just like:

I tried to keep an open mind, but some things…I can’t even. Okay, so it’d be right in the middle of a really sexy scene, right? Then they’d go and do something totally horrific, like licking feet/sucking toes/licking inside the belly button (I have a serious problem about touching the belly button) – um, ewwwuh. Talk about a buzz kill. There were a few other things as well that totally grossed me out that I won’t even mention on here.
The bondage thing I could handle, but some of the domination stuff creeped me out a bit, like the Sumissive and Dominant relationship – the total control thing really rubbed me the wrong way. And the contract – ugh. I’d be damned if I’d let someone control what I eat, how I dress, and the way I act! Just reading it made me angry.

Something that really irked me? The repitition. Certain things were way overused. Seriously, I’m pretty sure you can find another word for bemused. I think I officially despise that word after reading Fifty Shades. And Ana biting her lip. Good GOD. The first few times it was alright, but after about 30 I just started getting annoyed. Biting her lip makes him want to do naughty things to her. It makes him want to do naughty things. Naughty things. OKAY, WE GET IT.
Inner Goddess. I do believe I’ll blow groceries if I hear those words one more time. After the first couple times of referring to her ‘inner Goddess,’ italics probably could have been used and it would be assumed Ana was talking to her other self in her head. There was absolutely no need to use those words every other page, detailing how said Goddess felt about each and every thing happening at any given moment.

Christian Grey. Oh, lawd, where to start. I can’t decide if he’s sexy or scary. He’s an enigma, that’s for sure. He was controlling, possessive, frustrating, arrogant, jealous, and abusive; yet he also had a softer side that was gentle, warm, and caring. Do what now? I got a bit of mental whiplash from his colossal mood swings. But still, I don’t hate him. At times I did think he was more sexy than scary. But the domineering part of him made me bristle a lot. And why is he the way he is? Obviously he had a jacked childhood, since he was (and I quote) “fifty shades of fucked up.” But why? WHY?! I MUST KNOW. I was a little disappointed that this was never explained in the end. Incentive to read the other two books, I suppose.

I’m not sure how I felt about Ana. I guess it’s safe to say I liked her, I suppose…I didn’t outright dislike her. She was pretty average, but a bit naive for being – what, 21? I think? And a virgin (of course). I mean seriously, what the hell kind of 21-year-old has never experienced anything sexual? She was a little immature sometimes, but still funny others…her commentary in her head (when a certain two words weren’t used) made me giggle a few times. It was at the end when that opinion changed a bit. She asked Christian to do exactly what she had been vehemently fighting the entire book, then gets angry at him for doing it. Huh? You brought it on yourself, idiot. Be careful what you wish for.

The ending. What the hell? I mean, given how messed up Christian was, it makes sense. It was naive of Ana to think he could be any other way. But I guess I was still expecting a different outcome. I’m not sure if I’m satisfied with the ending or not.

Despite all of these complaints and a bit of ranting, I still liked the book. How? I really have no clue. James must be a talented writer, because even as I was disturbed and occasionally offended by what I was reading, I still couldn’t put it down. Curiosity? Genuine interest? Morbid fascination? Heaven only knows. Because even after finishing this review, I still have no idea how I really feel about this infernal book…aside from fifty shades of confused. 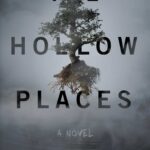