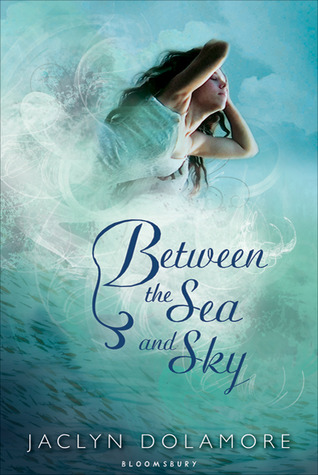 For as long as Esmerine can remember, she has longed to join her older sister, Dosinia, as a siren--the highest calling a mermaid can have. When Dosinia runs away to the mainland, Esmerine is sent to retrieve her. Using magic to transform her tail into legs, she makes her way unsteadily to the capital city. There she comes upon a friend she hasn't seen since childhood--a dashing young man named Alander, who belongs to a winged race of people. As Esmerine and Alander band together to search for Dosinia, they rekindle a friendship . . . and ignite the emotions for a love so great, it cannot be bound by sea, land, or air.

I only got about 100 pages through (which is actually almost half the book because it’s so short) and was so bored out of my mind that I decided it was time to put it down. Reading should be enjoyable, and I’d rather spend my time reading a book that doesn’t send me into violent fits of narcolepsy.

The writing was a bit sophomoric and dry, which was a main cause of boredom for me. The second cause was that there was practically nothing happening. Aside from Dosinia going missing, it was basically just Esmerine constantly complaining about how annoying her clothes felt. And how annoying everything else felt against her skin, for that matter. A couple times would have been fine, but almost every page just became too much for me to take.

There was absolutely no world-building or descriptions. I didn’t know what anyone or anything looked like (sure, I like to use my imagination, but give me at least a little bit of an idea), and I was constantly forgetting in the beginning that we were supposed to be under water. Until someone mentioned a fin or tail – and then I was like, “Tail, whaa? Oh wait…merpeople. It’s in the ocean. Right.” There was no description of their undersea city and no background on the merpeople. Then there were the Fandarsee – winged people. Who are they? Where do they come from? NO background whatsoever. And I didn’t understand the relationship between the Fandarsee and merpeople. I kinda got the feeling they didn’t really get along and relations between them were frowned upon, but again, it was never actually mentioned. Or the relationship between mer and human…what is this about taking a mermaid for a wife and her being unable to get away? And the sirens being taken or disappearing? None of it really made sense to me.

The characters were terribly one-dimensional. Esmerine, our main character, had zero personality to speak of…which is probably why I was practically falling asleep on this book. Alander wasn’t much better; the only personality he had was through being bipolar. I thought he was an asshat, personally. Maybe I just didn’t stick around to get to know him well enough, who knows. He must have improved (at least I hope so), considering the ending. Yep, I read the last page. I still didn’t feel inspired to continue.

I didn’t feel it fair to give this book a rating since I didn’t finish, but my feelings for the first half only rank at about one star. Despite my excitement over the mermaid aspect, I guess this book just wasn’t for me.

2 responses to “DNF review: Between the Sea and Sky by Jaclyn Dolamore”