When Daryn claimed she was seeing visions during her sophomore year of high school, no one believed the truth. She wasn't losing her mind, she was gaining the Sight the ability to see the future. If she just paid attention to the visions, they'd provide her with clues and show her how she could help people. Really help them. Daryn embraced her role as a Seeker. The work she did was important. She saved lives.

Sebastian was her first and worst mistake.

Since the moment she inadvertently sealed him in a dark dimension with Samrael the last surviving demon in the Kindred guilt has plagued her. Daryn knows Sebastian is alive and waiting for help. It's up to her to rescue him. But now that she needs the Sight more than ever to guide her, the visions have stopped.

Daryn must rely on her instincts, her intelligence, and on blind faith to lead the riders who are counting on her in search of Sebastian. As they delve into a shadowy realm where nothing is as it seems and where Samrael is steadily amassing power, Daryn faces the ultimate test. Will she have to become evil to destroy evil? The very fate of humankind rests in the answer.

No second book syndrome here, folks! Wowza! Seeker was just as explosive as Riders was!

“Real gold is the value of truth. It’s friends you respect who respect you back. It’s what we have – you and me. That’s real gold.”

My favorite part about this book – besides the horses, of course – is the very strong sense of family that the group of Riders and Daryn have going for them. They literally risk their lives to look for Sebastian. So many feels!! I love that they always had their backs no matter what. There was banter, but there was respect. The bond between them was apparent, and I adored that!

Speaking of feels, I absolutely LOVED the interaction between Gideon and Riot. I LOVE RIOT SO MUCH, YOU GUYS. I love that they had a bond, and an understanding between each other. *sniffs* The part at the lake broke my heart a bit! View Spoiler »Honestly, I was legitimately worried for a minute that something was going to happen to Riot and I would SO NOT BE OKAY WITH THAT. Also since I’m talking spoilers anyway, I was shocked by how much Low’s death meant to me. I actually shed a tear! I was super invested in this book without knowing it. « Hide Spoiler

The character development in this book was phenomenal. Daryn struggled with her issues, but it felt like there was clear progress there as opposed to the first book, where she just ran from all of her problems. I like that she actually faced them, and you really feel her internal struggle. This book felt a lot more meaningful than the last. There was no small amount of learning to trust, of inner strength, and also of catharsis, which I love to see in stories!

The Rift was SO creepy! And so were the Harrows! *cringes* I love how intense those scenes were. It was also disturbing that the group kept seeing the “relics” from their pasts, and that the Rift was messing with their minds. The world building sucked you in! View Spoiler »And the truth behind how the Harrows were created was crazy. It’s a shame Samrael was pretty much still evil, but I love the catharsis at the end! Bravo! « Hide Spoiler

Also side note, I loved the references to Lord of the Rings and The Hunger Games!

When I’m with Riot this way I’m invincible, unstoppable. I know in my soul that God gave him to me – an ally, mentor, and friend.

I love this horse as much as I’ve loved anything. He gave me my life back. He healed my soul.

BRB I HAVE SOMETHING IN MY EYE. 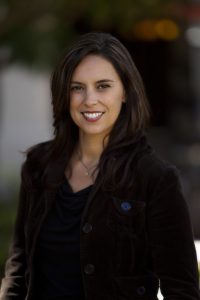 Veronica Rossi is a best selling author of fiction for young adults. Her debut novel, UNDER THE NEVER SKY, was the first in a post-apocalyptic trilogy. Released in January 2012, it was deemed one of the Best Books of Year by School Library Journal. The series appeared in the NY Times and USA Today best seller lists and was published in over 25 foreign markets.

Her second series for young adults will begin with RIDERS (published February 16, 2016), the story of four modern day teens who become incarnations of the four horsemen of the apocalypse, and the prophetic girl who brings them together.

Veronica completed her undergraduate studies at UCLA and then went on to study fine art at the California College of the Arts in San Francisco. She is a lifelong reader and artist. Born in Rio de Janeiro, Brazil, she has lived in Mexico, Venezuela, and all over the United States, to finally settle in Northern California with her husband and two sons.

When not writing, Veronica enjoys reading (it’s worth repeating), painting, and running. She does NOT like anything involving numbers, the addition of them, subtraction of them, you name it. They terrify her. Her obsessions generally lead to fictional works. Currently, she’s exploring New York City during the Revolutionary War.

Don’t tread on me. (If you know what that means, then you are my people!)

What else? This is getting more fun, isn’t it?

She–okay, I–am a huge fan of the SF Giants and the Golden State Warriors. I know, I know. Book types and sporty types shouldn’t be one in the same, but what can I say? I’m breaking the mold. Continuing. I have an irrational love of elephants. They make me cry, but it’s the best kind of cry. On other end of the spectrum, I abhor the shrill squeak styrofoam makes when it’s coming out of a box. Just typing that sentence made me want to scream. Needless to say, Christmas is great, but also really tough on me.

It’s probably time to wrap this up. If you’re here, it’s likely because you’ve read one of my books, or because you’re thinking about reading one of my books. Either way, thank you. Writing fulfills me like nothing else and I feel exceedingly fortunate to also call it my profession.

10 winners will receive a copy of Seeker & swag!