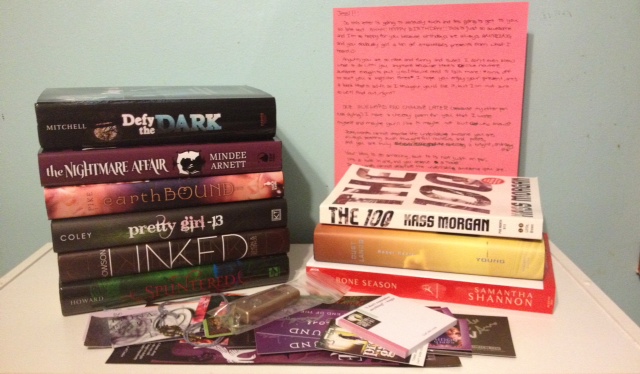 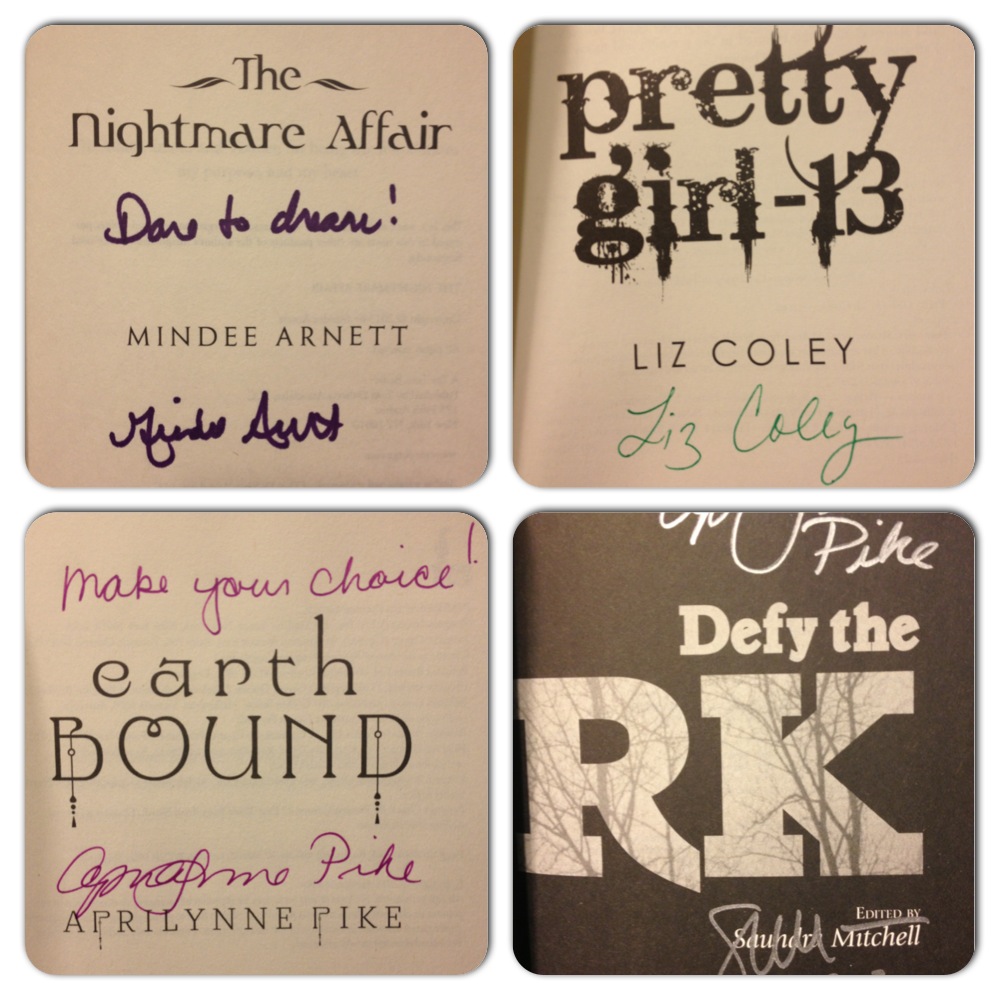 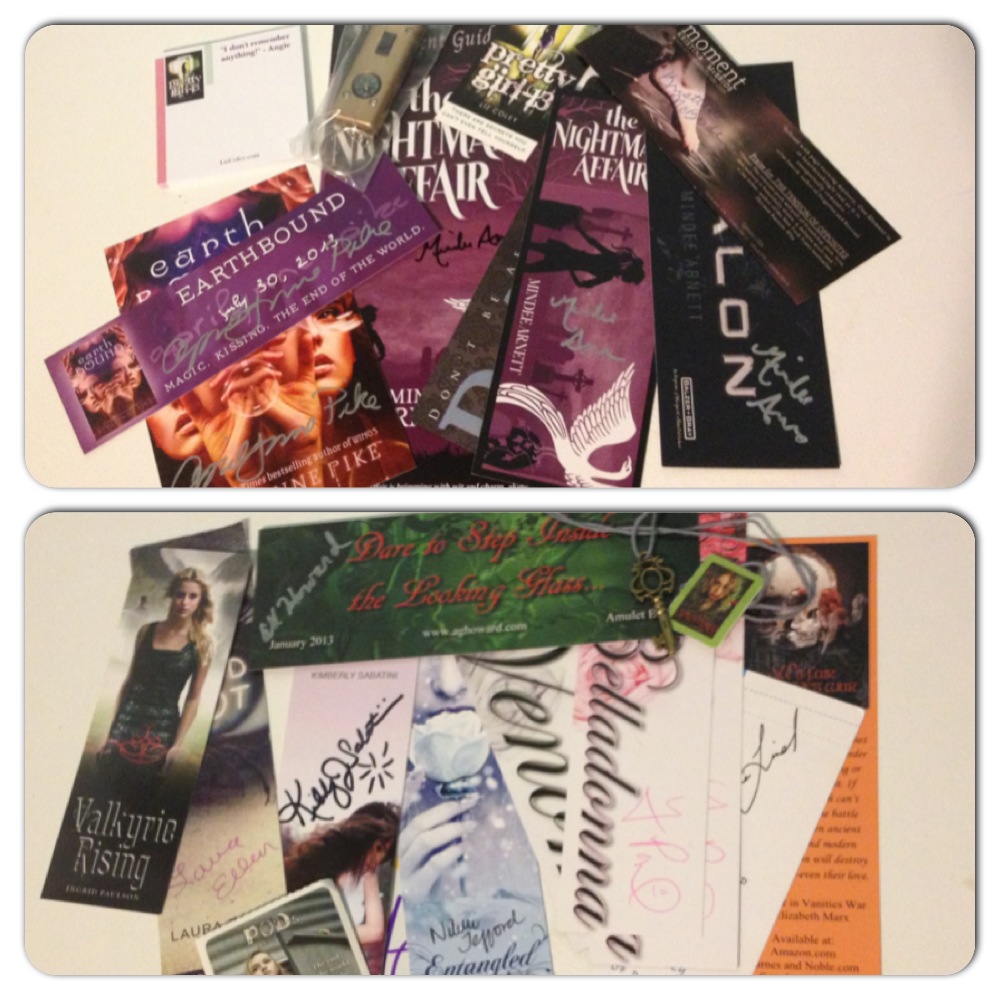 So Friday night while perusing twitter, I saw a retweet of this tweet from Julie Kagawa and immediately was like, CINCI, WHAT THE WHAT?! So I clicked, realized it was Saturday at 1, and decided to go! This is the first time I’ve heard of anything awesome coming to Ohio. I got to see Julie again, as well as meeting Mindee Arnett, Aprilynn Pike, Liz Coley, Kristina McBride, and Saundra Mitchell. I learned some cool stuff like how they feel about reviews (of course they hate the negative ones, and most of them avoid reading them all together), who their favorite characters to write are (Julie said Ash & GRIM – :D – and more recently, Jackal!), and movie rights. I asked a question to win a prize – and while I wanted Julie’s little clay dragon MORE THAN LIFE ITSELF, Saundra demanded that only the authors choose what to give, and the audience had no say in it (I practically begged for the dragon, it was embarrassing). So, I got Defy the Dark. *le sigh* Then, because everyone wanted it, they did a raffle for it as well as a mini clay Allie (Immortal Rules). I did not win either of those raffles. Not gonna lie, I was very disappointed. But it was still totally awesome to see Julie again! AND she drew me an adorable Grim (which Saundra drew over, so I had to go back and get another non-messed up one). Also, I got the chance to redeem myself – I brought the copies I had previously and forgot to bring to the Memphis signing (learn about that debacle HERE). So, the second giveaway in that recap post is now for a complete SIGNED Iron Fey series :) 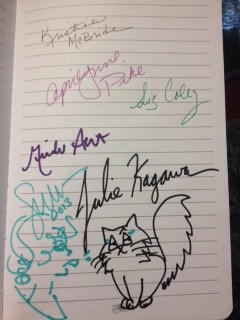 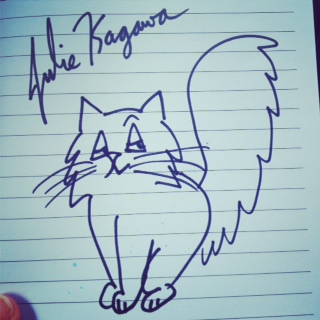 From the YA Beach Blast signing:
LOTS of signed swag!

From Eileen @ Singing & Reading in the Rain:
The 100 by Kass Morgan
Rebel Heart by Moira Young
An epic Leeny letter with a poem she wrote for me!
THANK YOU Leeny!!!! <3

From Grace @ Books of Love:
The Bone Season by Samantha Shannon
THANK YOU Grace!!!! <3

Up for grabs: A SIGNED copy of The Nightmare Affair by Mindee Arnett & signed swag
(One winner – US only. As this is out of my own pocket, you must be a follower to enter.) 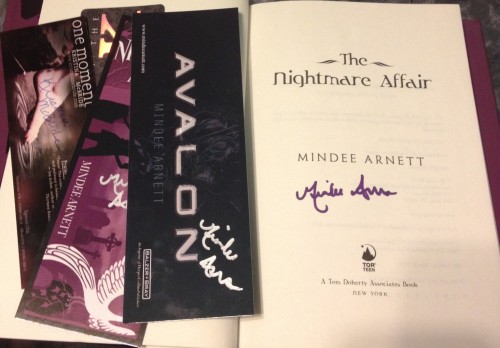 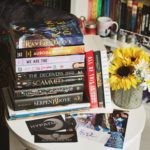 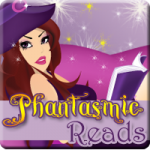