Jodi Marshall isn’t sure how she went from normal teenager to walking disaster. One minute she’s in her junior year of high school, spending time with her amazing boyfriend and her best friend. The next she’s being stalked by some guy no one seems to know.

Jodi’s deadly to the living and even more deadly to the deceased. She has to leave her old, normal life behind before she hurts the people she loves. As if that isn’t difficult enough, Jodi discovers she’s the chosen one who has to save the rest of her kind from perishing at the hands of Hades. If she can’t figure out how to control her power, history will repeat itself, and her race will become extinct. 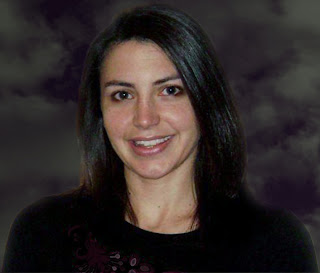 I primarily write young adult and middle grade fiction. My genres of choice are paranormal, fantasy, and horror. (I prefer creepy horror to gory horror.) I am represented by the amazing Lauren Hammond of ADA Management, and my debut YA, TOUCH OF DEATH, releases January 15, 2013 through Spencer Hill Press.

Hello, Kelly!! Thank you so much for being here on the blog today!

I’ve always loved mythology. Gods, three-headed dogs, Gorgons—what’s not to love? If I could jump into a mythology book and live there, I would.

Jodi won me over from the start. I love her vulnerability and admire her willingness to sacrifice for the good of the people she loves.

My favorite scene is the climax, but I won’t quote from it because it’s spoilery. So here’s another favorite quote:
“I wished I had something better to say. Something that would actually make a difference. But what did you say to the guy you kissed, killed, and turned into a zombie? Hallmark didn’t make a greeting card for that, and I was at a loss.”

Do you have any more books in the works?

Yes. I have a YA novella series called Game. Set. Match. Heartbreak coming out through Swoon Romance. The titles include: Love All (1/15/13), Serving Up Heartbreak (3/12/13), and Perfect Match (5/14/13).
I also have a YA series called Birth of the Phoenix releasing through Month9Books. The first title in the series is Into the Fire, and it will be available spring 2014.
The Monster Within and The Darkness Within are both coming out through Spencer Hill Press in 2014.
And my debut middle grade series Curse of the Granville Fortune will release in 2016 through Month9Books.

I have two. I love Rick Riordan and Becca Fitzpatrick. I reread their books all the time, and my favorite passages are marked with post-its.

Where to find Kelly 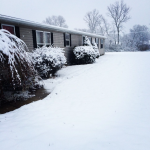