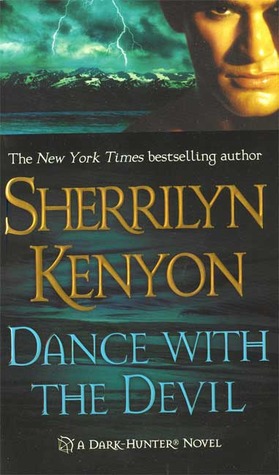 Dark-Hunter: A soulless guardian who stands between mankind and those who would see mankind destroyed. Yeah, right. The only part of that Code of Honor I got was eternity and solitude.

Insanity: A condition many say I suffer from after being alone for so long. But I don't suffer from my insanity-I enjoy every minute of it.

Trust: I can't trust anyone...not even myself. The only thing I trust in is my ability to do the wrong thing in any situation and to hurt anyone who gets in my way.

Truth: I endured a lifetime as a Roman slave, and 900 years as an exiled Dark-Hunter. Now I'm tired of enduring. I want the truth about what happened the night I was exiled-I have nothing to lose and everything to gain.

Astrid (Greek, meaning star): An exceptional woman who can see straight to the truth. Brave and strong, she is a point of light in the darkness. She touches me and I tremble. She smiles and my cold heart shatters.

Zarek: They say even the most damned man can be forgiven. I never believed that until the night Astrid opened her door to me and made this feral beast want to be human again. Made me want to love and be loved. But how can an ex-slave whose soul is owned by a Greek goddess ever dream of touching, let alone holding, a fiery star?

“You really do suffer from insanity, don’t you?”
“Hardly. I have to say I enjoy every minute of it.”

I think this one has been my favorite of the series so far! I loved Zarek already from reading the last book and was really looking forward to reading his POV. Kenyon did not disappoint!

Zarek had been through so much crap in his life it was a miracle he even survived. It was easy to connect with him with all of the pain he’d dealt with. And even though he acted a jackass, I wanted to see the good in him just like Astrid did. His character was so complex and brilliantly written! He had so many dimensions and felt very real. He was mildly insane and a bit standoffish (and prickly, as Astrid put it), but when you get a look into his past you can see why he is the way he is.

I enjoyed the banter between Zarek and Astrid, especially at the beginning. She refused to put up with his crap and gave it right back to him. I like how she was the only thing that could get through to him, and as the story went along it was clear she was melting the ice around his heart.

The supporting characters were great, too. Sasha and Simi both brought comic relief to the book – Sasha with his  disgruntled cynicism toward Zarek, and Simi with her, ah…eccentric personality. I absolutely loved her! I knew about her before I read the series (from a friend) and have been looking forward to meeting her. I think she might have been mentioned in one of the previous books, but this is the first she’s made an appearance. She cracks me up! The way she talks (and how she reverts to 3rd person sometimes) and acts, and her straightforward call-it-like-she-sees-it manner made me love her instantly.

I didn’t really care about Astrid much – she was a good character but I didn’t really connect with her. She was gentle and sweet, but she seemed to similar to the lead females that came before her in the series. This book was definitely all about Zarek for me.

Favorite character: On one hand I want to say Zarek himself, but I’m afraid Simi has stolen the spotlight! I want more Simi!!

“Akri infallible. Well, except for a couple of things, and we don’t talk about those ’cause it makes akri cranky. I like that word ‘infallible.’ It just like me. Infallible.” (Simi)
I mainly love this line because of her referring to Acheron as cranky. But I think it’s hilarious how she goes off on tangents every time she speaks! 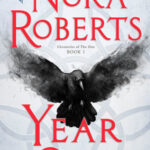 2 responses to “Review: Dance With the Devil by Sherrilyn Kenyon”