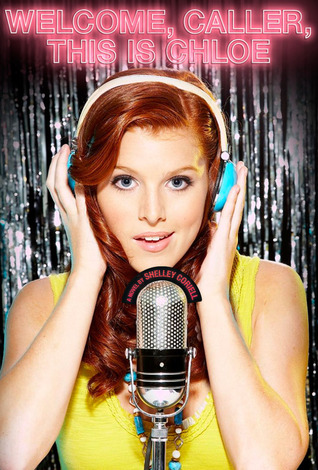 Big-hearted Chloe Camden is the queen of her universe until her best friend shreds her reputation and her school counselor axes her junior independent study project. Chloe is forced to take on a meaningful project in order to pass, and so she joins her school’s struggling radio station, where the other students don’t find her too queenly. Ostracized by her former BFs and struggling with her beloved Grams’s mental deterioration, lonely Chloe ends up hosting a call-in show that gets the station much-needed publicity and, in the end, trouble. She also befriends radio techie and loner Duncan Moore, a quiet soul with a romantic heart. On and off the air, Chloe faces her loneliness and helps others find the fun and joy in everyday life. Readers will fall in love with Chloe as she falls in love with the radio station and the misfits who call it home.

Welcome Caller was bittersweet and touched on some difficult subjects like drug addiction, Parkinson’s, and change, but still managed to stay light and fun.

The characters were wonderfully flawed and different in their  own way. I hated Chloe at times, but she grew on me towards the end. She was self-centered and a bit vain, but her wit charmed me and made me giggle quite a few times. In the beginning I kind of just wanted to slap her – she was selfish, too girly, and snobby. Her friends dump her on her ass, seemingly out of nowhere and her lonely sob story is pitiful…but, come to find out, she had turned her back on them when they needed her. So, I didn’t feel very sorry for her. Especially when she just blew it off and didn’t seem to feel any remorse. It made me want to slap her even more.

But, soon she apologized to her former BFF, Brie, for not being there. Instead of forgiveness, Chloe earns a nasty rumor, a hacked online account (with ugly pictures), and cruel harassment. At that point, even I felt the unfairness of the situation. Brie acted like a total bitch and if I had been Chloe, I’d have marched up to her and knocked her pretty little teeth out for all of the nasty and vile things she did.

I enjoyed Chloe’s growth as she spent more and more time at the KDRS station. At first, it’s just an obligation for her JISP (Junior Independent Study Project), but it becomes so much more as she gets attached to her fellow radio mates – Duncan, Clementine, Frick, Frack, Hayley, and Taysom. Clementine is a total bitch, always snapping and snarling and making snide remarks, but even she couldn’t resist Chloe’s charm in the end.

The romance between Chloe and Duncan was gradual, and while I didn’t get into it as much as I wanted to, it wasn’t cheesy or irritating. Duncan was a sweet guy with a heap of his own problems and was perfect for Chloe,  even though they were opposites – Duncan was quiet and held everything in, while Chloe talked too much and wore her heart on her sleeve. They complimented each other very nicely.

Favorite character: GRAMS. Hands down. She’s a fiery, witty, no-nonsense old lady donned in Converse. She was fantabulous and I just wanted to hug her!

No, what I wanted to do was sic my evil kitty counselor on dragon Clementine and see which one came out on top.
Chloe’s kitty quips and dragon remarks were amusing!

“The sandwich method. It’s a way of telling someone craptastic news. You say something nice, slip in the bad, and slap on another slice of nice.”
I’m going to have to try that. :D

Also, I thought the recipe for Tamales De Dulce was awesome!

One response to “Review: Welcome Caller, This is Chloe by Shelley Coriell”