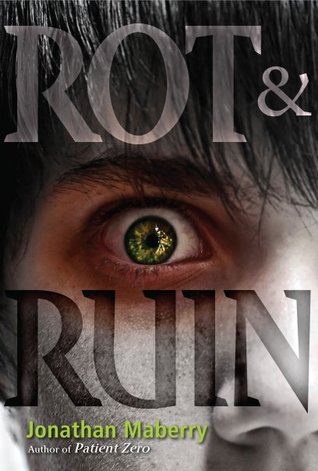 In the zombie-infested, post-apocalyptic America where Benny Imura lives, every teenager must find a job by the time they turn fifteen or get their rations cut in half. Benny doesn’t want to apprentice as a zombie hunter with his boring older brother Tom, but he has no choice. He expects a tedious job whacking zoms for cash, but what he gets is a vocation that will teach him what it means to be human.

I’m afraid I only made it 25 pages into this book. I know I didn’t give it a fair chance, but I found those few pages to be so awful that I just couldn’t do it anymore. I have far too many other books to read to force myself through anything. (I’m not a masochist, either.)

This book was absurd. I don’t even know where to start to put all of my complaint notes (there were 2 pages!) together, so I’m just going to make a list because I love lists.

I really think this book should be marked as Middle Grade, because it was horribly sophomoric. And like I said, absolutely flipping ABSURD. I wanted to spoon my eyes out. All in a mere 25 pages.

Will I ever pick this one up to try again someday? No, no I will not. 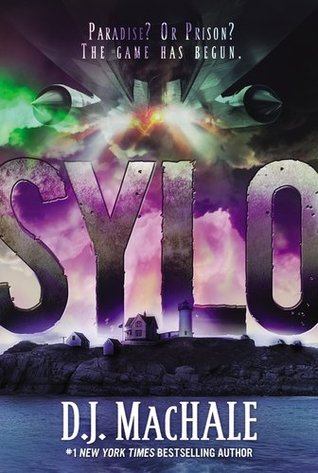 Does Tucker Pierce have what it takes to be a hero when the U.S. military quarantines his island?

Fourteen-year-old Tucker Pierce prefers to fly under the radar. He’s used to navigating around summer tourists in his hometown on idyllic Pemberwick Island, Maine. He’s content to sit on the sidelines as a backup player on the high school football team. And though his best friend Quinn tells him to “go for it,” he’s too chicken to ask Tori Sleeper on a date. There’s always tomorrow, he figures. Then Pemberwick Island is invaded by a mysterious branch of the U.S. military called SYLO. And sitting on the sidelines is no longer an option for Tucker, because tomorrow may never come.

It’s up to Tucker, Quinn, and Tori to uncover the truth about the singing aircraft that appears only at night—and the stranger named Feit who’s pushing a red crystal he calls the Ruby that brings unique powers to all who take it. Tucker and his friends must rescue not just Pemberwick Island, but the fate of the world—and all before tomorrow is too late.

I can’t even remember how far I got into this one…40 pages? Maybe 50? But I just couldn’t get into it and it was annoying me. First of all, the writing was horribly sophomoric. Secondly, I’ve never been too much of a fan of male POVs anyway, but Tucker’s voice grated on my nerves. Some of the things said were just so dumb that I was rolling my eyes way too often.

She looked like an magazine ad for ridiculous hotness.

An ad….for…..ridiculous hotness. Right. ‘But wait! Buy now, and you’ll get EXTREME hotness as a bonus, only for a limited time!’

“You guys look like you could use a break,” she said sweetly. “It is so hot.”
“Really,” Quinn agreed while giving her a sideways look. “Really, really hot.” He wasn’t talking about the weather.

Why did this irritate me? Not because the character was being annoyingly shallow, but because the author felt the need to point out that he wasn’t talking about the weather. This was another thing that bothered me: treating your readers as less than intelligent. You don’t constantly have to point things out. Sometimes showing works better than telling.

When Laska and Donald got there, they instantly separated Quinn and me. It didn’t take Sherlock Holmes to realize they wanted us each to separately give our version of what had happened to see if the stories matched.

Do you think your readers are stupid? I don’t know why this bothered me so much. But it could have just been made as a statement. A 12 year old would have known that without needing it to be pointed out! I just found that annoying.

“What do you think happened to Marty?” I asked.
Quinn shrugged. “We’ll know more tomorrow.”
“Why’s that?”
“My parents are doing the autopsy as we speak.”
The quiet night suddenly got quieter. I’d forgotten that Quinn’s mom and dad were doctors at Arbortown Medical.

It was stupid little things like that which pushed me to giving up on this book. I wasn’t enjoying it at all! I may try this one again in the very distant future. We shall see. 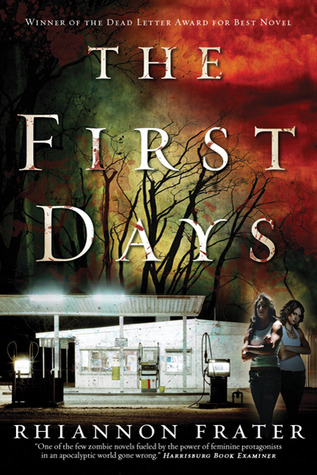 Katie is driving to work one beautiful day when a dead man jumps into her car and tries to eat her.  That same morning, Jenni opens a bedroom door to find her husband devouring their toddler son.

Fate puts Jenni and Katie—total strangers—together in a pickup, fleeing the suddenly zombie-filled streets of the Texas city in which they live. Before the sun has set, they have become more than just friends and allies—they are bonded as tightly as any two people who have been to war together.

During their cross-Texas odyssey to find and rescue Jenni’s oldest son, Jenni discovers the joy of watching a zombie’s head explode when she shoots its brains out. Katie learns that she’s a terrific tactician—and a pretty good shot.

A chance encounter puts them on the road to an isolated, fortified town, besieged by zombies, where fewer than one hundred people cling to the shreds of civilization.

So many people had been raving about Frater’s books, but I just couldn’t get into it. I didn’t care for her writing style; to be honest, I found it a little sophomoric. (That seems to be the theme this month…) I felt nothing toward this book, and the attempts at humor gave me this face: 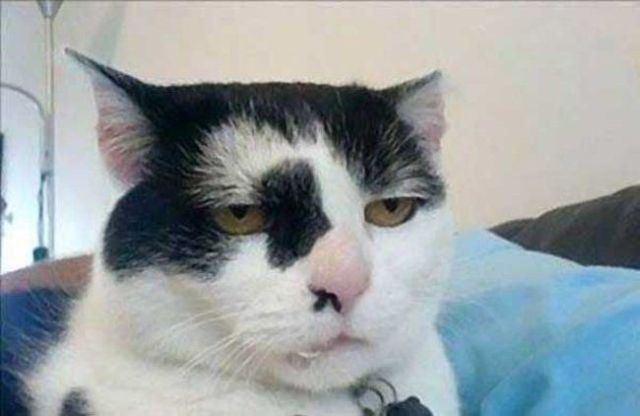 “We’re meals on wheels,” Jenni said with a bitter laugh.
“Chewy center is what it’s all about,” Katie said gloomily.

Is that supposed to be funny?

I couldn’t connect to the story and didn’t give a crap about the characters. The borderline lesbian relationship between the two lead females wasn’t my cup of tea, either. Before anyone gets offended: I have lesbian friends. I do not have any problem at all with it. But I don’t want to read about it. I don’t think it would have actually developed into that, but even without it, their friendship moved very fast. Insta-friendship??

Jenni looked at Katie again and thought of Katie’s words last night. They did share a bond. She felt it. She felt comfortable now with the warmth in her heart when she watched Katie. She had a new friend, a sister…a comrade. She could love Katie and not be afraid of being used or hurt.

This was on page 90! They barely knew each other. That just bothered me. I was 100 pages in and still not interested, and had to force myself to read it. I don’t have time to push myself through something I’m not enjoying! I probably will pick it up again in the future so I can continue with the series and see if it gets any better. 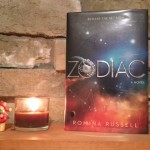