Or maybe not so speechless. Because I just can’t keep my mouth shut about my opinions….

I have spent the last hour and a half looking over tons of posts about the recent shame committed by Kristi @ The Story Siren, and I am simply taken aback. I could hardly believe it when I saw the news and as I’ve been reading, it’s become more and more obvious that it was not a simple mistake made out of ignorance. I am quite saddened by this, as Kristi is someone that I believe all of us in the book blogging community held in high regard and really looked up to. I certainly did.

If you haven’t heard yet, here is the path I took in enlightenment:
First seen on Fabbity Fab’s post Caught: Plagiarism in YA Book Blogging
Ten Cent Notes’ The Story Siren & Plagiarism Post
The discovery of the crime at Beautifully Invisible
Vahni’s post at Grit and Glamour
The rundown at Smart Bitches, Trashy Books
Kristi’s original ‘apology’
Kristi’s clarification apology
Beautifully Invisible’s response to the apology
Grit and Glamour’s response to the apology
Radiant Shadows’ post Plagiarism Has Rocked My World Today

Rocked my world, indeed. I am shocked and appalled at the horrible actions taken by someone so opposed to plagiarism, but at the same time I don’t think that some of the comments being made necessary. I’ve been seeing some pretty ugly things. What she did was wrong. And until she owns up to what she did (because that ‘apology’ could hardly even be called an apology), she has lost my respect and support. But at the same time, I don’t think people should resort to bullying. Of course everyone is outraged (including myself), and she is clearly paying the price for her lofty mistake. Which is exactly what it is – a mistake. We’re all human here. We all screw up and do stupid things sometimes. Some stupider than others. *pointed look* This does not mean we need to lower our standards to throwing insults. Voice your opinion professionally albeit loudly, but not like a high school drama queen out for blood.

As for me, I don’t really know what action to take now. I really, really enjoy IMM every week and I don’t want to stop, but at the same time Parajunkee’s View made a valid point on this matter. I’m highly considering doing exactly what she suggested and not supporting The Story Siren in any way. I must confess I’m a bit torn on this matter, and it will definitely take some further consideration for me to make a decision.

Give me your thoughts, loverlies!!

And P.S. Please do NOT post any scathing comments on this post. If you do not agree with anything I said, that is perfectly fine, as opinions are like buttholes and we all have them (‘scuse my frankness). I appreciate yours (opinion, not butthole) as long as you are polite and professional. :)


Update: A couple more posts that I found interesting:
Ten Cent Notes’ post Plagiarism, Reactions, and In My Mailbox
Cuddlebuggery’s post Plagiarising: What happens next? 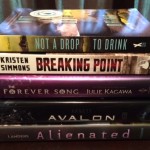 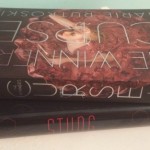 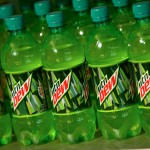 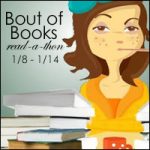 7 responses to “Speechless by Plagiarism”