Series: To All the Boys I've Loved Before 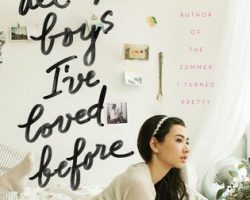 For being erieso short, I found this one to be rather slow. I was super bored in the beginning, waiting for something to happen. The letters don’t come until quite a long way into the book. While I did enjoy the sense of family that Lara Jean had, I found I didn’t really care about the mundane happenings in her life that took up nearly half of the novel. This is why I don’t really care to read contemp very […]